The Crime and the Silence: A Quest for the Truth of a Wartime Massacre, by Anna Bikont

A disturbing account of a Polish town’s complicity in killing Jews, and the difficulties the author confronted while researching the book, writes Lawrence Douglas 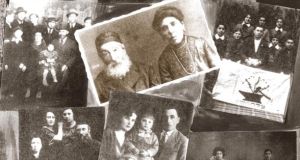 An exhibition of photos of the Jewish victims of the Jedwabne massacre on display in July 2001 in Lomza, near Jedwabne, Poland. Photograph: Laski Diffusion/East News/Getty Images

Book Title:
The Crime and the Silence: A Quest for the Truth of a Wartime Massacre

On July 10th, 2001, I sat in the back seat while a Polish Jewish friend drove us to the Polish village of Jedwabne, a three-hour car ride from Warsaw. With me in the back was Jan Gross, a Polish-born American academic who now teaches at Princeton. Fourteen months earlier, Gross had published a short book called Neighbours about the massacre of the Jews of Jedwabne that unfolded fast on the heels of the German invasion of the Soviet Union in the summer of 1941. Gruesome as the killings had been –Jewish men had been beaten and bludgeoned to death, while women, children and the elderly had been hounded into a barn and burned alive – the Jedwabne massacre had barely registered against the backdrop of Nazi genocide. A sloppy trial in 1949 led to the conviction of a dozen participants, and a memorial stone erected in the 1960s tersely noted: “Site of the Suffering of the Jewish Population. The Gestapo and Gendarmerie Burned Alive 1,600 People July 10, 1941.”

So matters stood until the publication of Gross’s book. Gross argued that, far from being the work of the SS, the massacre had been the handiwork of Poles – neighbours of the murdered Jews. While no doubt encouraged by the local SS, the Poles of Jedwabne organised and did the actual killing; in Gross’s blunt formulation, “half the population of a small East European town murdered the other half.”

Within Poland, the book triggered a passionate and acrimonious debate. Critics savaged Gross’s methodology, attacked his reasoning, impugned his motives and rejected his conclusions outright. To those who defended Gross and insisted that Poland acknowledge and apologise for its complicity in the Holocaust, Solidarity hero and former president Lech Walesa commented, “The Poles have already apologised many times to the Jews; we are waiting for the apology from the other side because many Jews were scoundrels.”

The controversy came to a head with plans to commemorate the 60th anniversary of the massacre with the unveiling of a new memorial on the site of the barn where the inferno took place. Officials fretted that the event might turn unruly, but the Catholic episcopate decided to boycott it altogether and a cold, driving rain kept the crowds down. Polish president Aleksander Kwasniewski gave a courageous address in which he begged “the souls of the dead and their families for forgiveness”.

But what I remember most vividly from that day was the chanting of Joseph Malovany, cantor of New York’s Fifth Avenue Synagogue, whose powerful lamentations carried across the rolling farmland. Not everyone was similarly moved. As Hebrew prayers last heard two generations ago echoed through the town, some of the locals stood arms folded, smirking; others spat demonstratively. One villager blasted music from a boom box in an effort to drown out the alien sounds.

The atrocity itself and the ongoing effort to assimilate it into Polish collective memory is the subject of Anna Bikont’s astonishing and vital book. Originally published in Polish in 2004 and only now available in English translation, The Crime and the Silence is really two books in one. It is first and foremost a meticulously researched and intimate history of the killings – not only in Jedwabne, but also in two nearby towns, Wasosz and Radzilow, where Jewish inhabitants were also massacred by their Polish neighbours.

Gripped by Gross’s book and the debate it provoked, Bikont, a journalist with Gazeta Wyborcza, set out in search of witnesses who could recall “the memory of the atrocity”. With the indefatigable energy of a seasoned gumshoe and the chutzpah of an intrepid reporter, Bikont drove across Poland, banged on doors, and jumped on planes in search of survivors, bystanders and perpetrators – people who could say, I was there. The results are remarkable.

She finds Stanislaw and Marianna Ramotowski – nee Rachela Finkelsztejn. Stanislaw, a Polish Catholic, saved Rachela from the massacre in Radzilow on July 7th, 1941, in which Jews were burned alive in a local barn, setting the precedent for Jedwabne. The two later married and settled in the area, which brought Stanislaw into business dealings with persons he knew to be murderers: “They knew we wouldn’t accuse them . . . We lived here like sparrows in a bush.”

Bikont also records her interviews with brothers Zygmunt and Jerzy Laudanski, the only surviving persons convicted in the 1949 trial (both received modest sentences). The brothers continue to insist that the Jews fell victim to the “Germans’ revenge”, while a third brother, Kazimierz, who escaped prosecution, tells Bikont, “We’re from a truly patriotic Polish family. We don’t smoke, we don’t drink vodka. How can they call my brothers thugs? What we did, we did out of patriotism . . .”

But The Crime and the Silence is more than a disturbing work of history that draws on a rich array of sources and presents a fascinating range of voices. Bikont interleaves her narrative with a diary that she kept during the years she spent researching the historical sections of the book. What emerges is both a book and a meta-book, documenting the difficulties Bikont confronted in writing about the atrocity. Her resonant title notwithstanding, silence hardly constituted the greatest obstacle to her research – denial, evasion, prevarication and rampant anti-Semitism would be more like it. Anonymous letters call Bikont a “traitor” possessed “by crazy anti-Polonism” and warn her of an imminent “kamikaze” attack.

A well-known historian insists that Gross and Bikont hope to extort “65 billion dollars from our people in the framework of the Holocaust business.” A film director argues that before any apologies are issued, first the Poles must “count the corpses frozen in Siberia and people tortured by the Jewish secret police”.

The breathtaking hatred that Bikont encounters sadly reminds us that anti-Semitism is more than capable of flourishing in the absence of Jews – of a pre-war Jewish population that once totalled more than 3.3 million, Poland now has no more than 11,000 Jews.

Of course, Poland is not alone in its vexed attempt to acknowledge and accept its complicity in crimes of atrocity; we need but look to Japan and Turkey to see denialism thriving. But The Crime and the Silence deserves to be read by everyone interested in the fraught politics of apology and the ongoing struggle of nations and communities to ascertain and accept difficult historical truths.