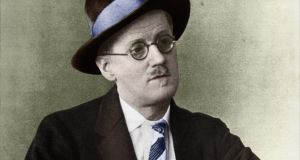 The late Adrian Hardiman’s first intellectual passion was history, not law: he used fondly refer to his study of “pure history” while at UCD. Only later did he gravitate to the law, having dabbled in politics as well, not an uncommon course for legal eagles.

A person of wide-ranging, capacious interests, he found in the work of James Joyce an ideal conjuncture where his chief preoccupations – history and law – could be brought together. And, it should be added, his preoccupation with literature as well – he was keenly aware of Joyce’s importance as novelist, as stylist, as innovator, though, as he often made clear, he greatly disliked the way some of Joyce’s academic exponents talked about the work.

But it is a feature of Joyce’s work – one of its most engaging features – that it does indeed serve as a locus where some many different interests can converge - and few indeed are the topics that are without relevance to it. Thus Hardiman’s twin concerns find ample ground for expression in the very wide field that Joyce’s work provides. Ulysses is explicitly meant to be an encyclopaedia, after all.

Hardiman began to give public expression to this interest relatively late in his all too short life. This book is a very welcome, and very substantial, testimony to it. It brings together the major essays and lectures that Hardiman devoted to Joyce over the last 20 or so years. As its editor, Neil Belton, says, it may not be quite the book that its author would probably have produced given more time, but it comes as close to it as is possible in the circumstances.

First, it should be said that Hardiman has thoroughly scoured the work – not just Ulysses but Joyce’s journalism as well, and Finnegans Wake also – for material that has a bearing on his major concerns. In writing about these, he imparts a wealth of information that will be new to most readers: information about forgotten court cases, forgotten barristers, agrarian outrages, insurance and suicide, and much else.

The essay “Law, Crime and Punishment in Bloomsday Dublin” is a masterly summary of the principal legal themes in Ulysses. It covers murder cases, civil actions, drunken and adulterous barristers, eminent and not so eminent judges, libels, writs, bequests for masses, crimes and punishments in all their guises. It really reads as a preliminary sketch for what could have been a much fuller work about this topic, in which Hardiman could have delved into the backgrounds of so much of this material.

Two subsequent essays, “A Gruesome Case” and “The Mortgaged Life”, show what Hardiman could do when he allowed himself that greater detail. The first concerns the once-notorious Childs murder in Glasnevin, near the cemetery, which figures quite strongly in Joyce’s work. Hardiman’s exposition of the case is as full and as fascinating as anyone could wish. It is worth quoting his conclusion, because it sums up very elegantly – and he is a very elegant writer – what he does in this essay and in many others: “The Childs case, saved from utter obscurity only by Joyce’s mention of it, is like a time capsule preserving accurately, because incidentally, some of the texture and details of life in the years 1899 and 1904.”

“The Mortgaged Life” is perhaps the most original, and most learned, piece in the book. This concerns sudden death, life assurance, mortgages and the legal position of suicides. Although somewhat technical in nature, it contains much of relevance to the way Ulysses works – and it includes Molly Bloom’s characteristically devastating comment on the late lamented Paddy Dignam.

As well as trials in Ulysses, Hardiman turns his attention to the trials of Ulysses: the court cases taken against it in the US, and a very entertaining excursion on the incredible attitudes of the British Home Office. Although much of this material has been covered recently by Kevin Birmingham and Joseph Hassett, it is good to have Hardiman’s particular angle – born of an experience not directly available to the other two authors – on the judicial dilemmas posed by Joyce’s work. As he indicates, the outcome – complete freedom to publish – was historically preordained but the saga of how the judges got there has its own fascination.

Indeed, the particular experience that Hardiman brings to bear in general is what gives this book its unique quality. He approaches the whole issue of Joyce, the law and history with special authority. While he has his limitations as a Joyce critic – his blanket dismissal of the academic Joyce world is far too broad-brush – in his own field he has the gifts of clarity, expertise and a deep knowledge of what he is talking about, not always the case in this area. This book is a worthy tribute to a person of many talents who fortunately chose to devote a lot of them to a body of work which was ideally suited for him.

Peter Kuch’s Irish Divorce/Joyce’s Ulysses is the work of a pro. Its central thesis is quite simple: contrary to what had been thought, divorce in Ireland was “a realistic option” for Bloom or Molly should they have chosen to seek it. He also raises interesting questions about Bloom’s financial stability as it is generally understood. It might be thought that Kuch, professor of Irish studies at the University of Otago, New Zealand, is engaging in speculation about mere what-ifs, since of course the couple do not divorce in the course of the work, and evidence that they even may is scanty (though not non-existent).

But this is not his point: his point is that it is a genuine possibility, and that this changes the balance of forces in the relationship, and in the whole concept of marriage in Ireland also. Kuch pursues this theme through a labyrinth of legal cases, and throughout Ulysses, in a hugely impressive way (although he can slip up in this winding trajectory: he is wrong about the “recent war” – actually the Boer War, and “granados” is an archaic term for “grenades” – mentioned in the Holles Street episode, falling prey to the familiar affliction of forcing a case too far).

The main sense the book leaves is confirmation that the relationship between Bloom and Molly is as nuanced, as subtle, as complicated as anything in the work of, say, Henry James and that it is often still grossly over-simplified. A worthy outcome.

An essay by Terence Killeen, The Law in/of ‘Finnegans Wake’, will appear in a forthcoming collection from the University Press of Florida