I gave up on living in Dublin. It felt like I’d been fighting the city for ages 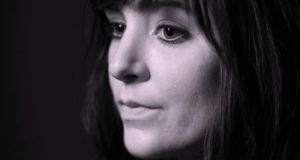 When I started writing The Cantankerous Molly Darling, I was working as a receptionist in Dublin city centre. To say I was terrible at my job is an understatement. In between issuing building passes and being asked to smile more, most of my day was spent squinting at a laptop, trying to write a novel.

Pretty soon, I was assigned a whole new list of duties – I suspect to stop me grimacing at people who interrupted my flow.

Writing a book during work hours was rightfully brushed aside in favour of stocking toilet paper, sorting out biros and ordering silent sellotape (a real thing). At one stage, a co-worker, who knew nothing except that the book featured chickens and was supposed to be funny, offered help by telling me a “chicken crosses the road” joke every day.

Strangely enough, I found it supportive. For all its shortcomings, I liked the job, that was until my unenviable promotion to Writer of Passive Aggressive Notes in the Canteen.

What followed was a messy couple of years of job hopping. I picked up the book, rewrote it, submitted it, faced rejection, and then started all over again. Some rejections were more baffling than others: “Have you ever considered giving one of the main characters cancer?” It wasn’t a cancer book; it was supposed to be a comedy.

I began wondering if Dublin was the right place for me. Irish publishers were steadfastly unimpressed by my novel submissions, and I was always sick from the stress of juggling work, commuting and writing stuff. Going to the doctor wasn’t all that affordable, and I had started melodramatically fainting on the stairs at work.

With the freedom and loneliness of living in a rural South Korean town, I had more than enough time to get nostalgic about Ireland

Somewhere along the line, I gave up on living in Dublin. It felt like I’d been fighting the city for ages: staying for the writing community, the friends, the proximity to family. But none of that made up for the rents, the crappy living conditions, the commutes, and the overpriced everything.

My partner was struggling too. He wanted to work in film, and so – Mission Vancouver began. The only issue with Canada is moving-here costs, and as anyone who has ever lived in Dublin can tell you, saving isn’t easy. What we needed was a stop-over, so we pinched our pennies and decided on teaching English in South Korea.

And off we went. In Goheung, I returned to the book, this time with the help of my editor Rachel Leyshon at Chicken House Books. She was instrumental in introducing me to ideas like... plot. With her help and the freedom and loneliness granted by living in a rural South Korean town, I had more than enough time to get nostalgic about Ireland and figure out just what it was Molly was trying to say. It was here that the work started to resemble an actual book.

It was the oddest place to be writing about rural Ireland from, but by living in a world so far removed from Ireland and our culture, “home” became something I could define. Suddenly, the world that Molly inhabited was alive in a way that it had never been before. For one, it was much damper.

In another way, South Korea was much closer to where I grew up than Dublin had ever been. Goheung was tiny; everyone knew everyone. I returned to the quiet, bookish existence I’d led as a teenager, surrounded by hills. My days revolved around a school schedule.

My students saw me as more of a candy dispenser than an educator. Now and then, I’d hear a battle cry of “Teacher Alvy!” usually followed by a stampede of teenage girls looking for lollipops. My finest moment was teaching them to Irish dance. Although, the results were closer to carnage than a jig.

By the time I arrived in Canada, the book had a shape. Most of the edits were complete. Some tightening and editing was expected, which was a relief because moving to a new continent isn’t easy. Well, it isn’t difficult either. It’s just paperwork and confusion. I wasted more time than I’d like to admit on essential tasks like figuring out which bread doesn’t taste weird.

Moving continents helps with the waiting. Writing a book is a bit of a marathon, and some editorial processes take longer than others. Mine was one of the long ones. If I’d stayed in Ireland, it might have dragged. But every time I sent off a significant rewrite, I was moving country. It helped keep the obsessive email checking in line (sort of!).

And somehow the book is here now. A collection of words written across three continents, a story set back in the home I’ve left behind.

Alvy Carragher grew up in rural Ireland and considered herself a writer long before it was appropriate. Her first novel, The Cantankerous Molly Darling, is out with Chicken House Books. She lives in Vancouver where she is tinkering away at a second novel and learning to speak Canadian. You can find out more about her work at alvycarragher.com Follow her on Twitter @ALVYCARRAGHER