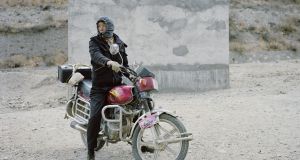 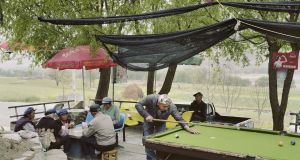 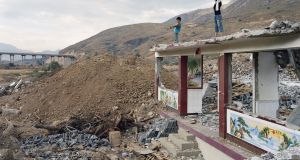 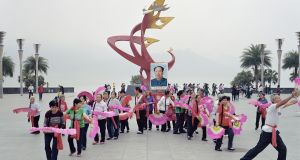 It’s a question many emigrants grapple with: how do you find the balance between your possibly romantic memories and the realities of the place you came from? In the case of Yan Wang Preston, that country was China. As a photographer, she sought the solution through the lens of her camera, but how do you go about photographing a place you have left? And how do you make sense of a country where the past is a set of complicated constructs, while also coming to terms with a landscape that has attained almost mythic proportions?

In 2010, she set herself an epic challenge: that of capturing the 6,211km length of the Yangtze river on camera. It’s the third-longest river in the world, and the longest to flow entirely within one country. Growing up in China, Preston says she learned that the Yangtze is “glorious, the perfect Mother River that’s taking us forward”; it also features strongly in traditional Chinese art, which can make it difficult to see afresh. But in the course of her four-year project to document its length, she endured altitude sickness, sandstorms and mud slides, and temperatures ranging from minus 30 to plus 44 degrees; was attacked by wild dogs and had to self-inject for a week against rabies; and met both the dispossessed and the newly industrialised along its banks.

Preston adopted a simple system of photographing 63 Y points, which correlate to precisely 100km points along the Yangtze river. The project opens at the Gallery of Photography in Temple Bar, Dublin, on January 28th to celebrate Chinese New Year.

“It goes against the grain of gorgeous travel photography,” says Tanya Kiang, the gallery’s director. “Her ‘Y’ system of marking the points to photograph makes a new point about representations of China. It’s not a series of famous beauty spots, so they clear the visual air.” Kiang, who is half-Chinese, says: “It’s almost a throwback to the pioneering explorer-type of photography: the large plates she uses, the fantastic detail, the sweeping landscapes; all go to make it different and special.”

Growing up in China, Preston trained to be an anaesthetist, but “I went a bit crazy, I quit my job and went rock climbing.” Half-way up a mountain one day she met an English climber. The couple fell in love and got married, living in China for two years, before moving to Yorkshire. This not only gives Preston a rather wonderful Chinese/Yorkshire accent, but also a different view of her native country. Describing herself (back then) as “romantic, idealistic and not very realistic at all”, she took up photography, studying at Leeds then Plymouth Universities. “I felt photography had this intense power over me,” she says. “I remember seeing an exhibition by Ansel Adams and it took my breath away.”

But she was also missing China, where her family still lives. “Going back to photograph the Yangtze river was a way to reconnect.” In addition to some hair-raising moments, she had to draw on multiple skills. “One reason I was even brave enough to commit was that, as a rock climber and a mountaineer, I had been to the Tibetan region before. So I knew how to deal with the physical challenges, and how to survive in the wilderness.”

Opting not to seek permits to go to the Tibetan region, she instead got help from people she met on the way. Given China’s difficult history with Tibet, this could have led to trouble, but instead she found a region where people mingled, and the complexities of overlapping cultures meant there were no clear lines of demarcation. “We say the Yangtze river unites the whole of China but that’s a political thing; the river is just a river. In the Tibetan region, there were no roads, but humans are just humans on one level. The Tibetan people were so kind, they have the least things in the world, and they’re willing to give so much, we were given direction, guidance, shelter.”

Alongside the exhibition, which Kiang says will be the first showing of this full project outside China, Preston is also showing a series of postcards she made, where she recorded the beds she slept in en route. In the Garze Tibetan Autonomous Region of the Sichuan province, she writes: “This bed does not exist any more. Not long after my stay, an earthquake flattened the building.”

This is a world away from the teeming cities, or the dramatic mountains and gorgeous gorges, bridges and temples that China is also famous for. “None of my ‘Y’ points, hit on a beauty spot,” says Preston. “I was very disappointed, the Three Gorges would make powerful photographs, but there was nothing I could do. It was my own self-imposed problem.”

Instead, Preston’s photographs capture the snowy wastes of the Yangtze’s source, locals playing cards and pool in a rural open-air bar, an elderly woman on a motorbike, ruined buildings, and the clash between rural China and the increasing modernisation and urbanism that is sweeping across the country. Following government policy, industry is lining the river, which has been dammed along its route.

“I found things that surprised me,” Preston says. “There is a lot of controversy around the Three Gorges Dam, but when I photographed the section downstream, the landscape was still devastated by thousands of years of being flooded by the Yangtze. The embankment is almost as early as the Great Wall, so you can see the damage the river had made. Maybe they had to dam it? What else could they have done to stop the flooding? Maybe they had no option. That was an education to me.

“China’s modernisation cannot be stopped. It has been happening since the Opium War in the 1840s, when China’s wake-up call for modernisation came. The traditional lifestyle we learned in the poems, it is really going, and what do we make of it? I don’t want to say the past is better than the present, that’s not correct. Both are complicated. ”

Through working on the Mother River project, she came to realise that “there were a lot of histories in China, and we were only told one version. I was trying to figure out what the river was, for the people who lived alongside it.” She came across one man who had worked as ground crew for the Flying Tigers, the American volunteer group of the Chinese Air Force during the second World War. “This guy is old, lives in complete poverty. He told me that after the war he was chased by the Liberation Army. He contemplated suicide, he had kept a gun and a few bullets for himself. But then thought about his parents and that he was brought in to this world to live, not to die, so he dropped his gun into the Yangtze river and fled. These are histories we don’t learn.”

I ask her if the landscape also bears scars from the Cultural Revolution, and she hesitates before telling me about her origins in “a little village in the middle of nowhere. We’d left that behind to live in cities.” Both parents were doctors and became “Chairman Mao’s Red Soldiers, and were put in prison when I was two years old. One day a jeep came, and they took my parents away. My mother was kept in for months, and my father for two years, without a trial.”

Preston’s mother accompanied her on some of her photographic trips along the Yangtze but, despite her daughter’s desire to know what had happened, neither parent would ever talk about it. “They gave my mum back her wages, so they admit they made a mistake. But it’s the same with everyone I know, a lot of my parents’ friends, they don’t discuss it. It’s weird. It must be a very intense period that they decided to block themselves off from. I’m hoping maybe one day they’ll tell me.”

Mother River is at the Gallery of Photography, opening as part of the Chinese New Year Festival on January 28th. The exhibition runs until March 5th. Preston gives a public talk on January 28th at noon. galleryofphotography.ie