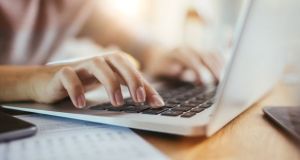 Progress was mainly driven by the narrowing of the gender pay gap and a fall in the female unemployment rate.

The rise in unemployment has been larger for women than for men during the Covid-19 pandemic, according to analysis conducted for PwC’s annual Women in Work Index.

The index measures female economic empowerment across 33 OECD countries. The evidence emerging globally is that the damage from Covid-19 as well as government responses and recovery policies, is being disproportionately felt by women.

In order to undo the damage caused by the pandemic by 2030, progress towards gender equality needs to be twice as fast as its historical rate, according to the index.

While Ireland moved up in the rankings from 18th to 14th, which was the largest improvement, the index also found the rise in unemployment rate for women has been larger than it has been for men during Covid-19.

Progress was mainly driven by the narrowing of the gender pay gap and a fall in the female unemployment rate. Female boardroom representation for Ireland is 27 per cent.

“While it is good news that Ireland climbed in the rankings of the latest Women in Work Index, it is disappointing that the latest evidence shows that the rise in unemployment rate for women is larger than it is for men during Covid-19,” said PwC.

“For example, unemployment data released from the OECD for 2020 shows that while both the male and female unemployment rate has increased between 2019 and 2020, the percentage point increase for females is higher.

PwC Ireland partner Ger McDonough said: “While some women may leave the workforce temporarily due to Covid-19 with the intention of returning post-pandemic, research shows that career breaks have long-term impacts on women’s labour market prospects.

“For employers, the impact of attrition is likely to exacerbate skills shortages, threatening business growth, and compound challenges in meeting diversity and inclusion targets.

“Organisations can prevent this avoidable loss by engaging all of their people, particularly women, to understand the support they need to stay in work.

“Practical steps include introducing or updating flexible working arrangements, strengthening the inclusivity of their organisational culture, and considering the diversity and inclusion impacts of key decisions such as restructuring.”