What now for DAA as Toland checks out three years early? 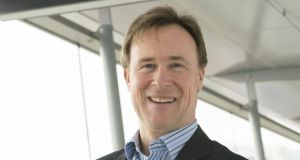 News that Kevin Toland is to leave the helm of State airports operator, DAA, for food group Aryzta took most observers by surprise. He has almost three years to run in his current job, and when the role at the Irish-Swiss business behind the Cuisine de France brand came up, his name did not feature in media and industry speculation.

It should have been no surprise at all. Before becoming chief executive of the company responsible for Dublin and Cork airports in January 2013, he ran food processor Glanbia’s US and global nutritional business. Earlier in his career, he worked for Grant Metropolitan and Coca-Cola, companies focused heavily on consumers.

He is due to depart in six months. When he does, he is likely to leave DAA in good shape. Last year a record 28 million passed through Dublin and 2017 promises further growth. Cork has turned the corner in recent years and in July will see its first transatlantic service take off when Norwegian Air begins flying to Providence, Rhode Island.

DAA’s airline customers generally regarded Toland as progressive and open, particularly in comparison to his predecessors. Through his tenure, the company’s biggest clients, and often its biggest critics, Ryanair and Aer Lingus, generally seemed happy to deal with him.

The State company now has to find a successor. Its chairman, Pádraig Ó Ríordáin said this week that the board has begun drawing up a longlist of potential candidates. Establishing who is on it at this point is just guesswork but observers say there are some obvious runners from within DAA.

MacGowan is a commercial animal. ARI, which recently added new contracts in the Middle East to its existing business, is regarded as a success. A similar argument could be made for DAA International chief executive, Colm Moran, whose operation won a landmark deal in 2016 when it was selected to run terminal five in Saudi Arabia’s King Khalid Airport, which hosts 12 million passenger a year.

Nevertheless, there is a view that as the DAA board believes recruiting Toland from the food industry proved worthwhile, it will again look outside the company and the sector. This is no longer unusual. Copenhagen Airport’s chief executive, Thomas Woldbye came from transport and logistics company AP Moller Maersk while Jos Nijhuis, who runs Amsterdam Schiphol, previously worked for accountants PricewaterhouseCoopers. “The days when airports were run by a seasoned aviation careerist are over,” one source says.

However, some see the €250,000 salary cap for State company bosses as a stumbling block to recruiting outside talent. Ó Ríordáin argued that it fell below the market rate for chief executives.

“I think we need to be able to compete,” he said. “We need to be able to get the chief executive’s pay up at some level, it really does have to change.” He may not get his wish but his remarks lend credence to the theory that the board is looking outside the DAA.

Toland earned a total €399,063 last year, including salary, pension and benefits. Not everyone agrees that the cap will put off candidates, arguing that some may by drawn to running an airport that is growing and has plans to cement that expansion.

Ryanair chief executive Michael O’Leary argued that the cap did not prevent Toland from taking the job, and may not prevent others. “What we don’t want is some deadbeat civil servant from some Government department,” he said. O’Leary added that he could run DAA for free in his spare time, an offer the board is likely to refuse.

Whoever gets the job will have to grapple with a number of challenges. DAA is working on a second runway at Dublin which is due to come into service in 2021. It is seen as nationally vital infrastructure. Nevertheless, opposition to the plan is mounting.

In October, the High Court will hear three challenges from locals and Friends of the Irish Environment to Fingal County Council’s decision to extend planning permission for the €320 million project. At the same time, DAA wants to alter conditions of that permission that limit flights between 11pm and 6am to 65. Toland argues that imposing this would be akin to building an extra lane on Dublin’s famously clogged M50 motorway and then closing it during rush hour.

The restriction is designed to limit airport noise. DAA’s challenge will be partly based on new EU rules governing this, but the legislation needed to enact them will not be passed for at least a year.

The Government can implement some of them quickly. The Minister for Transport, Shane Ross, is due to sign an order that will appoint the Irish Aviation Authority to regulate noise. It can then begin a review of the situation at Dublin Airport laying some of the groundwork for taking on the role fully next year.

The legal cases are a different story. If the court shoots down Fingal’s decision to extend the runway’s planning permission, then DAA has a far bigger problem than getting the original conditions altered, as that could push the whole project back to square one.

The company would have to appeal such a ruling, while if the court were to find against the locals and environmentalists, they could challenge that. Either way, there could still be a question mark hanging over planning permission well into the autumn.

Less critically, but potentially no less fraught, DAA wants to review Dublin’s current charges, setting up a potential clash with the likes of Aer Lingus and Ryanair. The Commission for Aviation Regulation (CAR) set the levies in 2014. This year, the airport can charge carriers up to €9.45 a passenger, a figure that will fall to €8.68 by 2019, when they are next up for review.

DAA does not believe that it makes sense to wait for 2019, as the regulator based its ruling on a prediction that passenger numbers would grow to 24.9 million by then. Dublin expects to handle about 30 million this year. Its operator argues that more passengers means more facilities. It wants to sit down with the airlines and the CAR to establish what work the carriers want done and how and when they should pay for it.

Dublin is a regulated airport, which means that CAR rather than DAA sets its charges following consultation with the company and the airlines. Those discussions often involve rows between the two stakeholders. Toland indicated this week that he does not really favour the adversarial tack that the talks take. He stressed that DAA would not build anything that its customers did not want or for which they were not willing to pay.

Nevertheless, O’Leary was sceptical. Ryanair’s and the other airlines’ chief complaint is that regulation is structured so that the more assets the airport has, the more it can charge. They say that this simply encourages DAA to build so it can make more money.

O’Leary strongly favours allowing a private sector operator to build a third terminal, should Dublin need it. This week, he once again suggested that Ryanair itself could build it. “There would be a queue of people, airport operators, who would want to tender to be our partners in that,” he said.

However, Toland stressed earlier this month that the point at which a third terminal would be needed was still some time away. Right now, that looks like that could be another challenge that his successor will face.

1 Ross O’Carroll Kelly column 'not racist towards English people'
2 Four things that must happen to get us out of Covid-19 recession
3 Brown Thomas and Arnotts shoppers will be able to book time slots for entry
4 What is in the EU’s €750bn recovery plan and how will it affect Ireland?
5 Irish economy to contract by 12%, ESRI forecasts
6 Job losses in tourism and retail in Dublin could be permanent, new report warns
7 Paschal Donohoe sees consumer ‘prize’ in slow reopening of economy
8 Beware of the rush to get back to normal business amid Covid-19
9 EU needs to rebuild GDPR after only two years
10 Irish banks’ failure to innovate could leave them written off for good
Real news has value SUBSCRIBE