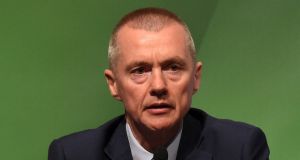 Air travel is never going to go back to the way it was before Covid-19, one of the industry’s leading figures, Irishman Willie Walsh, predicted on Tuesday.

“I do not see the industry ever going back to the way it was, because there is so much repair that’s going to have to be done” the Dubliner said on Tuesday.

He argued that this even extended to airlines that have received billions of euro in aid from EU member state governments.

Mr Walsh explained that most of this aid was either direct loans from governments or guarantees for commercial debt.

He pointed out that loans will have to be repaid, so airlines are going to have to manage their balance sheets very carefully after the Covid-19 crisis has passed.

Mr Walsh was speaking in an interview given to an on-line seminar hosted by Eurocontrol, the organisation of European air traffic control agencies.

He declared that the current crisis, which grounded airlines for two months and has left most flying at around half their capacity, was the worst the industry has experienced.

“You are not going to get back to the same level of growth for some considerable time,” he said.

“Aircraft that have been retired are going to be taken out of service permanently, I do not see anybody rushing to order more.”

Mr Walsh acknowledged that some airlines could take advantage of the situation.

He noted that Ryanair chief, Michael O’Leary, exploited a collapse in demand for aircraft in 2001 when the industry stalled following terror attacks on New York.

“I have no doubt that he is thinking of doing the same thing again, there will be a few that will manage to take advantage,” Mr Walsh observed.

He also predicted that weaker airlines would fail as a result of the crisis, accelerating consolidation in the industry.

Mr Walsh claimed that government restrictions, which mainly require travellers between countries to quarantine, have stalled aviation’s recovery from the crisis.

He pointed out that people were not reluctant to fly and were comfortable boarding aircraft.

“What they are uncomfortable about is the uncertainty over whether they will have to quarantine when they get to their destination or when they return.”

Mr Walsh singled out the Republic’s travel restrictions as the most extreme in the EU. “They’ve effectively shut the island down,” he said.

Similarly, he described the UK’s approach as chaotic, introducing, dropping and re-introducing quarantines for various destinations.

Mr Walsh is one of the best-known figures in European aviation. He began his career as a pilot with Aer Lingus. He then moved into management at the airline, ultimately taking over as chief executive.

Mr Walsh left the Irish carrier to take the same role at British Airways, while there he merged the UK airline with Iberia, creating IAG.

The group then bought Vueling and in 2015, took over Aer Lingus. Luis Gallego has succeeded him as IAG chief executive.

1 Liam Neeson among new investors backing €100m Ireland Impact fund
2 How on earth do we the calculate the cost of Level 5 for the Irish economy?
3 How long can Government afford to keep State pension age at 66?
4 Guinness brings out a non-alcoholic version of the black stuff
5 Pfizer to seek FDA approval for Covid-19 vaccine in November
6 State should sell its bank shares to tackle housing crisis
7 Five ways to create a culture of innovation in the workplace
8 Vendors adopting ‘wait-and-see’ approach in sub-€20m market
9 Nigeria seeks more time to fight $9.6bn award to Irish businessmen
10 Declan Ganley: 'Leo Varadkar is a disappointment'
Real news has value SUBSCRIBE