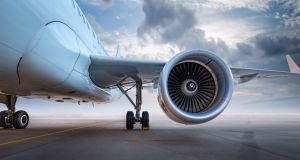 Fáilte Ireland recently estimated that a no-deal Brexit could wipe out about €380m in tourism revenues and result in the loss of up to 10,000 tourism jobs. Photograph: iStock

Fewer tourists travelled to the Republic in August this year than in the same month in 2018. This is down to a reduction in British tourist numbers, figures released by the Central Statistics Office (CSO) show.

As sterling has weakened against the euro, travel to the Republic has become more expensive for UK tourists since the 2016 Brexit vote.

In August, 2.7 per cent fewer tourists came here, with the total number of trips standing at 393,000.

“Today’s CSO figures for tourism confirm a decline in arrival numbers that has been felt for some time by Ireland’s tourism industry,” the chief executive of the Irish Tourism Industry Confederation, Eoghan O’Mara Walsh, said.

August marked the third month of decline in the past four when compared to 2018, and Mr O’Mara Walsh noted that Brexit uncertainty, when coupled with the Government’s VAT rate increase, has challenged the sector this year.

“Tourism is in the front line of Brexit, and more investment by the Government is badly needed to support regional Ireland. State investment in tourism is only now at 2008 levels – that is a long decade of under-investment and must be corrected urgently.”

Separately, Fáilte Ireland recently estimated that a no-deal Brexit could wipe out about €380 million in tourism revenues and result in the loss of up to 10,000 tourism jobs.