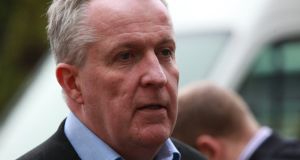 Ryanair chief operations officer Peter Bellew is leaving the airline at the end of this year after helping to steer it through a turbulent period of industrial relations.

Mr Bellew rejoined Ryanair from Malaysia Air, where he was chief executive, in late 2017. He had worked for the low-cost carrier between 2001 and 2015.

Mr O’Leary said his colleague had “done great work over the past 18 months” to improve the management of Ryanair’s operations and the punctuality of its flights.

Mr Bellew’s move comes as Ryanair is restructuring itself as a holding company for several operating businesses, each with its own management.

The change will see Mr O’Leary lead the holding company and a new chief executive appointed to Ryanair DAC, the Irish-based airline likely to constitute the largest part of the group.

Some reports yesterday suggested that the departure related to the restructuring and appointments to new positions, but Mr Bellew indicated to news agency Bloomberg that he was looking at other opportunities.

Mr Bellew (54) is from Bettystown in Co Meath. He originally joined Ryanair from Kerry Airport in 2001, where he was marketing manager. He was instrumental in doing a deal with Ryanair to fly from Farranfore airport to London.

The airline subsequently hired him as deputy head of flight operations where sources say he showed he was an effective manager who did his job with little fuss.

He was director of flight operations when he left in 2014 to join Malaysia Air as deputy chief executive and took the top job when incumbent Christoph Mueller, the former Aer Lingus chief, left.

Mr Bellew returned to Ryanair when relations between it and its pilots had reached a crisis, following a rostering mix-up that forced the airline to cancel flights in late 2017 and early 2018, affecting about 700,000 passengers.

At the time, Ryanair said he would have “specific responsibility for pilot production, training and career development”.

Mr Bellew was one of Ryanair’s representatives when it first met labour groups at the end of 2017 and early last year to begin talks on recognition and pay.

When Mr Bellew rejoined the airline, there was speculation that he could ultimately succeed Mr O’Leary as Ryanair chief executive, particularly as he had held that role in Malaysia.

Mr O’Leary has subsequently signalled that he wants to remain in the job into the next decade.

Mr Bellew this week told pilots that delays in the delivery of the recently-launched Boeing 737 Max could result in Ryanair closing and/or cutting back bases in the winter and possibly into next summer.

A letter to the staff noted that the airline had 300 surplus pilots and had stopped recruiting captains as resignations from the company had virtually halted.

Ryanair is offering unpaid leave and job shares to pilots for the winter months, although Mr Bellew’s letter noted that not enough of them had applied for these options.