Is our tourism industry flourishing or floundering? 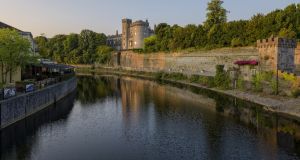 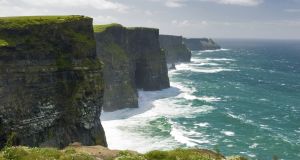 Cliffs of Moher: Tourism operators are upbeat about business from North American and other long-haul markets. 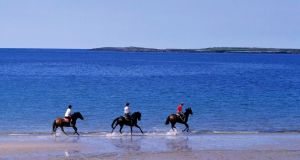 Riding stables attract experienced riders from the UK and Scandinavia, who are looking for a particular type of holiday. Photograph: Fáilte Ireland

Falling numbers of British tourists coming to Ireland is causing concern for many businesses all over the country.

The latest CSO figures show a drop of over 10 per cent in the number of UK tourists visiting Ireland compared with the same period last year. It is the first time since 2010 that the figures have decreased in the first quarter of the year.

However, overseas visitors to Ireland in general are on the rise but mainly from Europe and North America. Some businesses attribute this to Ireland’s safer image, particularly following recent terrorist attacks.

“Clearly, despite some softening in the British market, tourism operators remain upbeat – thanks in large part to business from North American and other long-haul markets as well as the continued strong performance of the domestic market.”

Roderick Perceval, owner of Temple House in Co Sligo – which caters for weddings and corporate events – said there had definitely been fewer coming “from across the water”.

According to a Fáilte Ireland survey, one in four businesses has reported seeing a Brexit or sterling exchange rate impact on their businesses so far this year.

Paul O’Hare, owner of Áras Ghleann Cholm Cille, which offers budget accommodation in Donegal, also said there had been a noticeable drop in visitors from the UK. “We’re still seeing people from Germany and France, and from North America there’s been an upswing” he said. However, people coming from the UK have fallen, something that he thought was “down to the exchange rate”.

Dublin is also projected by Fáilte Ireland to be significantly hit. According to its latest barometer report, about 50 per cent of accommodation providers in Dublin have been affected by a weaker sterling, compared with 30 per cent outside of the capital.

The drop in British numbers has affected smaller businesses, such as B&Bs and restaurants. Jim Gordon, who owns two restaurants and bars in Co Waterford, said there had been a definite downturn from British tourists. He estimated that about 50 per cent of his business was from British tourists, but that “with the weak sterling, they don’t see it as value for money”.

Susan Callery owns two businesses in Dingle that see a lot of business from overseas – Dingle Horseriding and Greenlane Gallery. She said that while losing business from Dingle Horseriding was unlikely, she was worried about how the gallery would continue. The difference is in the target market, as her stables attract experienced riders from the UK and Scandinavia, who are looking for a particular type of holiday.

However, after seeing a downturn in the market from 2008, Ms Callery said international trade helped keep the gallery afloat.