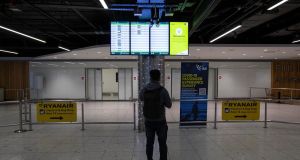 European airports have called on the EU to loosen state aid rules as the outlook for travel darkens amid a resurgence of coronavirus cases.

The demand came as the airports industry warned it saw “no realistic prospect” of an improvement in travel in the coming months and cut its forecast for passenger numbers this year.

In a letter to EU competition chief Margrethe Vestager, a copy of which was seen by the Financial Times, airport lobby group ACI Europe said its members were facing a “worsening situation” that needed to be “urgently” addressed through a “more effective and flexible” framework for state aid.

The letter, which was also signed by the tourism association the European Travel Commission, said: “The root cause of the slump in air traffic and of the financial distress of airports is a direct result of the array of travel restrictions imposed by governments... we thus urge the commission to adopt a more pragmatic and realistic stance on this matter.”

Brussels last year relaxed state aid rules to allow member countries to offer companies some support to help them through the pandemic. But ACI Europe said new action was needed as the crisis continues.

Among the proposals are the loosening of rules to allow governments to pay direct passenger subsidies to help stimulate demand to reopen routes, airports to be able to recover their fixed costs while travel bans are in place, and the extension of a scheme to allow compensation for revenue losses past this summer.

Ms Vestager on Tuesday announced that the commission would consult with member states on draft proposals to boost state-aid measures across the economy given the continuing crisis.

The commission said it had sent draft proposals to member states to extend the state aid framework until the end of the year and also to increase the ceilings for limited amounts of aid granted, “taking into account the continued economic uncertainty and the needs of businesses affected by the crisis”.

ACI Europe also said that airlines had been given considerably more help to keep them operational during the crisis. Airlines received €32.1 billion in state support in 2020, compared with the €2.2 billion offered to airports, according to ACI Europe figures sent to the commission.

This month the International Air Transport Association, which represents the world’s airlines, said the sector had been kept afloat only via government help.

The aviation and tourist industries have been some of the worst affected by the pandemic, and the new wave of infections and accompanying travel restrictions across Europe have led to passenger numbers falling to their lowest levels since last summer.

ACI Europe said it expected travel curbs to remain at least until the summer, and possibly until the autumn, damping expectations that the rollout of vaccines would spur a rapid rebound in time for the summer tourist season.

The group consequently cut its forecast for how many passengers will fly through Europe’s airports this year to 56 per cent of 2019’s figures. This month air navigation safety body Eurocontrol said it did not expect a full recovery in aviation until 2026.

The commission did not immediately respond to a request for comment.