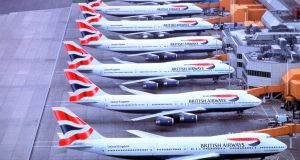 British Airways said: “It is with great sadness that we can confirm we are proposing to retire our entire 747 fleet with immediate effect.”

British Airways has accelerated the retirement of its fleet of Boeing 747s, the iconic jumbo jet, following the downturn in air travel caused by the coronavirus pandemic.

The airline, which is the largest operator of 747s, said its 31 jets – which represent about 10 per cent of its total aircraft – will not return to the skies. It had originally been planning on retiring its Jumbos by 2024.

“It is with great sadness that we can confirm we are proposing to retire our entire 747 fleet with immediate effect,” said BA.

The company said the aircraft was an “airliner of another era”, burning far more fuel than the latest generation of aircraft. They also rely on high passenger load factors and high premium demand to make them commercially viable.

BA said it would operate more flights instead on modern, more fuel-efficient aircraft such as its Airbus A350s and Boeing 787s.

The British airline is looking at ways to cut costs as it grapples with an industry that has been flattened by the coronavirus crisis. It is consulting on plans to cut almost 30 per cent of its 42,000 workforce, and has warned that a return to 2019 passenger levels will take until at least 2023.

The 747, which first took flight in February 1969, is affectionately known to pilots as the “Queen of the Skies”. It was the world’s first jumbo jet and helped popularise world travel and bring down the cost of flying.

The aviation industry has been moving away from supercarriers such as the 747 and the A380. The demise of the A380, even before the coronavirus pandemic, highlighted airlines’ struggle to make these large four-engine aircraft profitable.

Other carriers have already retired the 747. US-based Delta Air Lines and United Airlines did so a couple of years ago, while Virgin Atlantic announced the end of the aircraft in May. Lufthansa has also accelerated the retirement of five of the aircraft.

In an email to staff on Thursday, seen by the Financial Times, BA said its move to stop using the jets had been taken in response to the coronavirus crisis.

“The whole airline community is reconciling itself to a bleak outlook for passenger demand. Long-haul travel will take years to recover, with the major industry bodies agreeing that we will not see a return to 2019 levels until 2023 at the soonest.

“The bulk of our fleet is large, wide-bodied, long-haul aircraft with many premium seats, intended to carry high volumes of customers,” BA wrote. “In short, we do not believe that these beautiful aircraft are sustainable in a very different airline industry.” – Copyright The Financial Times Limited 2020