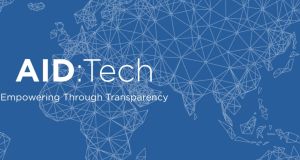 Innovation award winner Aid:Tech made the list because it has a ‘tech for good’ angle.

Irish software company AId:Tech has been included on a list of Europe’s top digital champions.

The company, which has developed a secure way to deliver aid to people around the world using its blockchain-based platform, is one of three Irish organisations included on the Financial Times list of 100 movers and shakers who are leading growth in the digital space.

The accolade comes after Aid:Tech was named on Tuesday as the overall Irish Times Innovation of the Year award winner. The company won the IT and Fintech award before going on to claim the top accolade ahead of four other category winners at an event in the RDS.

All of the Irish organisations selected for the list have a ‘tech for good’ angle to their work and were included in the ‘using technology for social challenges’ category.

The Code Institute, a Dublin-headquartered educational institute that teaches coding, was chosen due to its recent decision to expand its teaching to refugees and asylum seekers.

Also included on the list was the homeless charity, the Peter McVerry Trust. It was selected after creating a smartphone app to track vacant housing in Dublin.

Founded in 2014, Aid:Tech’s platform enables entitlements like aid, welfare, remittances, donations and healthcare to be digitised and delivered through blockchain technology in a completely transparent manner.

Aid:Tech, which was the first company in the world to deliver international aid using blockchain to Syrian refugees in northern Lebanon, earlier this year raised an estimated € 1 million from backers including Enterprise Ireland SGInnovate, the venture capital arm of the Singaporean development authority.

The investment marked the first time that either State-backed organisations had put money into a blockchain company.

1 PTSB plays down Ulster Bank talk as it sells €1.4bn of loans
2 Housing crisis will be permanent unless there is radical rethink, industry warns
3 Up or down – how much is your Local Property Tax this year?
4 Irish tech company Asavie acquired by Nasdaq-listed Akamai
5 How much state pension will I get next year?
Real news has value SUBSCRIBE