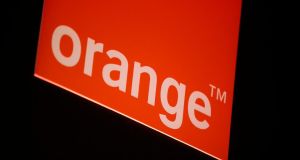 Orange was formerly the state-owned France Telecom, which reported a similar wave of deaths between 2008 and 2009. Photograph: Jacky Naegelen/Reuters

The French telecoms company Orange is on “serious alert” after reports of a fresh spate of work-related suicides.

Since the beginning of the year, 10 of its employees have killed themselves - most for reasons “explicitly related” to their jobs, according to the company’s own stress and mental health watchdog.

Orange was formerly the state-owned France Telecom, which reported a similar wave of deaths between 2008 and 2009.

The number of suicides so far this year is almost as high as for the whole of last year, when 11 workers took their own lives.

Of the 10 deaths this year - three women and seven men, the youngest aged 25 - eight have been directly linked to work, according to the observatory for stress and forced mobility, which monitors work conditions at the company.

Yesterday, the French health minister, Marisol Touraine, called the new deaths worrying. “The company has to take the necessary measures ... we cannot leave the situation as it is,” she told French radio.

The observatory was set up after the earlier wave of suicides. The company’s former boss Didier Lombard resigned after 35 employees took their own lives between 2008 and 2009.

He was lambasted and forced to apologise after suggesting suicide was a “fashion” at the company. In 2012, Mr Lombard was put under formal police investigation accused of installing “brutal management methods” that amounted to “moral harassment”.

Le Parisien published an internal company document from 2006 in which Lombard allegedly told directors he was determined to cut 22,000 jobs, adding “I’ll do it in one way or the other, by the window or by the door.”

Mr Lombard denied that his methods were the cause of the deaths. He remains under investigation. An official report by the works inspectorate in 2010 blamed a climate of “management harassment” it said had “psychologically weakened staff and attacked their physical and mental health”.

Since then, Patrick Ackermann, delegate for the SUD union and member of the observatory, said the situation had eased, but last month the group issued a warning to management of a “dramatic worsening” of morale within the company.

France Telecom was privatised in 2004, sparking a major restructuring and the loss of scores of jobs. The company, known since last year as Orange to match the name of its mobile phone operation, currently employs around 100,000, but has pledged further cuts to the workforce.

In a statement, Orange admitted there had been “several suicides” this year, adding: “Each of these acts is by its nature singular and stem from different contexts. But these situations remind us to be vigilant and for the need to repeatedly question the efficiency of the numerous preventative measures put in place several for the past few years.”

The firm’s mediator, Jean-Francois Colin, will meet with staff representatives on Friday to talk about “preventative measures” for those at risk.