Revenue to move on tax research loophole as millions lost 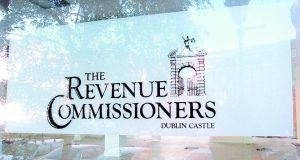 The Revenue is stepping up audits of how large companies are lowering their tax bills after uncovering widespread misuse of tax credits for research and development.

Audits by the authority found tax credits were not being properly claimed in 26 out of 32 firms examined, resulting in €6 million being returned to the exchequer.

The cost of the overall scheme to the exchequer – which allows firms to reduce their corporation tax bills – has risen significantly from €80 million in 2004 to about €225 million in 2010 in forgone taxes. Over the same period, the number of companies availing of the credit increased from fewer than 50 to more than 1,200.

The Revenue has assigned scientific and technical experts to examine the activities of firms to determine if they are involved in genuine research and development, according to confidential records obtained by The Irish Times.

In a statement yesterday, the authority said it was taking the necessary action against taxpayers in cases of non-compliance. The majority of cases involved “accounting errors” and only one involved complete denial of a claim for tax credits.

‘Significant risk’
The results to date demonstrate that use of the credit is a “significant risk”, according to records. The authority has recently started extending its capacity to audit these firms.

The credit operates by giving companies up to 25 per cent of a firm’s R&D expenditure in a tax credit or in cash.

The tax credit was first introduced less than a decade ago to attract high-quality employment in areas such as science, engineering, pharmaceuticals and financial services.

Other internal Revenue records provide an insight into the challenges in investigating the complex ways multinationals are reducing tax bills.

Transfer pricing is a tactic many use to keep profits offshore. It works by selling services or use of intellectual property between associated companies, often across different countries.

Documents indicate the Revenue is developing capacity to ensure it can “stand over the profits declared here” and challenge “any under-declaration due to abusive transfer pricing”.

Revenue intervention
One record states: “Companies investing in Ireland also need to know that Revenue will be prepared to intervene where appropriate to challenge and secure reductions of aggressive adjustments to profits by other jurisdictions, where those adjustments disregard and depart from the arm’s length standard.”

This arm’s length standard requires associated companies to price transactions between them at the same market rate that independent firms would. However, internal records show this is posing a challenge for the Revenue.

Briefing material states that transfer pricing is an “everyday reality for multinationals” but, from the Revenue’s point of view, it is “not an exact science” and comparable transactions to benchmark how companies are using transfer pricing are “difficult to find”.

The authority’s new compliance programme involves allowing a sample of 12 large companies to review whether their tax arrangements comply with the law. These reviews may escalate into audits if, for example, a company refuses to participate or a review suggests its tax arrangements are not in order.

The OECD is reviewing guidelines over transfer pricing. Any changes could have implications for the State, according to internal documents. One record states that any move away from the current system could harm Irish interests and lead to larger countries claiming a greater share of multinationals’ profits than currently applies.

1 Irish companies restrict travel over coronavirus fears
2 Bank leaked my loan request to family who tried to rip me off
3 Suspicions rife as key Brexit trade talks begin in Brussels
4 Life as a Facebook moderator: ‘People are awful. This is what my job has taught me’
5 Bogus notion that supply will cure our housing woes
6 ‘The only time apartments were viable was in . . . Ballsbridge, Killiney and Dalkey’
7 How well paid do you think you are? Here’s how to work it out
8 First time buyers behind large increase in new mortgage approvals
9 Pharma giant AbbVie warned Government against ‘unfair’ €572m tax bill
10 Has CRH done enough to silence pesky Swedish activists?
Real news has value SUBSCRIBE