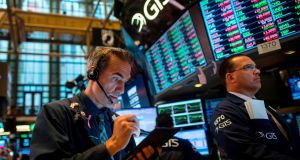 Buy gold. So says Ray Dalio, the influential founder of Bridgewater, the world’s biggest hedge fund, who penned a lengthy LinkedIn post last week outlining why there is likely to be a paradigm shift in global markets.

“In paradigm shifts, most people get caught overextended doing something overly popular and get really hurt,” cautioned Dalio. The last such example was the 2008 global financial crisis, which Dalio famously anticipated, correctly warning at the time that unsustainable debt growth rates would trigger a 1929-like crash.

In recent years, investors have been pushed into risky assets like stocks, but Dalio reckons central banks are lowering rates and doing quantitative easing in increasingly unsustainable ways. Right now, the world is “leveraged long”, but when the cycle turns, too many people will be left holding expensive equity-like investments that are priced to disappoint. The best investments will likely be those that do well in times of significant currency depreciation and international conflict – that is, gold, which Dalio describes as both “risk-reducing and return-enhancing”. Quoting the old saying that he who lives by the crystal ball is destined to eat ground glass, Dalio admits he is “not sure exactly when or how the paradigm shift will occur”. Nevertheless, investors should be prepared: a major market shift is “highly likely” to occur “sometime in the next few years”.

The Fed is spooked by interfering Trump

Donald Trump will get his wish next week when the Federal Reserve cuts interest rates. Futures prices indicate the odds of a rate cut to be 100 per cent, with the only uncertainty being whether the Fed will cut rates by a quarter or a half percentage point (the former is more likely). Trump isn’t likely to halt his criticisms, although a revealing Bloomberg piece last week noted that Trump’s name-calling doesn’t unduly bother Fed officials. What does spook them is Trump’s attempt to stuff the Fed’s seven-member board with personal favourites like Stephen Moore, Herman Cain and Judy Shelton, the piece said, citing a “senior insider”. After failing to get Moore and Cain appointed, Trump is trying again with Shelton, a gold bug with some decidedly eccentric views on monetary policy. The worry is that if she is appointed, Trump might then seek to have her replace Jerome Powell as Fed chairman. Previous presidents have tried to influence the Fed, although none as brazenly as Trump. Investors can only hope he fails in his latest attempt to bend the Fed to his will.

The pain trade for the summer remains higher stock prices. That’s according to Bank of America Merrill Lynch (BAML) strategist Michael Hartnett, commenting on the group’s latest monthly fund manager survey. Investors are not nearly as bearish as last month, when equity allocations hit their lowest level since March 2009 following the second-biggest one-month drop on record.

That drop has been almost entirely retraced and investors are again overweight stocks, with allocations rising 31 percentage points. Cash balances, too, have dropped from 5.6 to 5.2 per cent. Nevertheless, that remains well above the 10-year average of 4.6 per cent and cash allocations are also well above long-term norms. Investors have taken on additional risk on account of a more dovish Federal Reserve and a reduction in global trade tensions but expectations of debt deflation and an earnings recession “still dominate sentiment”, notes BAML. This continued caution is reflected in 73 per cent of managers ranking the business cycle as a risk to market stability – the highest number in eight years – while in Europe, profit expectations are the lowest in 10 years.

Time for a pullback?

Stocks slipped last week. With the S&P 500 still up more than 20 per cent in 2019, might they slip a little more? What goes up doesn’t always come down – in bull markets, indices can consolidate for a while before moving higher – but stocks certainly look technically overbought. Last week, 76 per cent of S&P 500 stocks were trading above their 200-day moving average.

That’s healthy in one respect – you want to see broad participation in a rally, as opposed to indices being driven by a dwindling number of outperforming mega-caps – although the fact it’s the highest number since January 2018, just before stocks endured a nerve-racking tumble, might give traders pause for thought. Similarly, 84 per cent were trading above their 50-day average, representing an “overbought extreme”, cautions Canaccord Genuity strategist Tony Dwyer. Other technical indicators tracked by Canaccord are nearing levels last seen prior to May’s market correction, when stocks fell 7 per cent.

It may, the firm says, be “time for a pullback”.

1 MSD buys Takeda biologics plant in Dunboyne
2 Chris Johns: Digital equality must be moved up the priority list
3 Data centres will force State to choose between climate and investment
4 ‘Saudi Arabia is where the opportunities will happen in future’
5 Thousands back petition demanding State aid for Aer Lingus
6 Covid-19 has distracted us from the looming threat of Brexit
7 Irish tourism must also help itself to survive the pandemic
8 Trump’s TikTok move may have far-reaching consequences
9 How your country’s history affects the way you think
10 Wirecard was looted before collapse, German prosecutors suspect
Real news has value SUBSCRIBE
Save money on international transfers