Woodford one of investment industry’s most closely watched fund managers 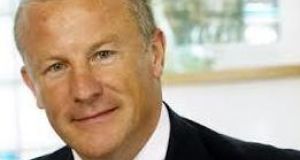 Neil Woodford: to leave Invesco next April to start his own business after a 25-year career that has given him an almost cult following among British investors.

Neil Woodford, one of the investment industry’s most closely watched fund managers, will leave Invesco Perpetual to start his own business after a 25-year career that has given him an almost cult following among British investors.

Invesco Perpetual said the high-profile money manager would leave on April 29th. He will be replaced by Mark Barnett as the firm’s head of UK equities, who will take over management of Mr Woodford’s two funds. He will face a tough challenge persuading investors to stick with Invesco, given Mr Woodford’s consistent performance, market participants said.

Invesco chief executive Mark Armour said the firm had planned for Mr Woodford’s departure “for many years”, while industry insiders said Mr Barnett was a well-regarded and able successor. – (Reuters)

1 How to gift your child a house deposit . . . tax free
2 BOI customers to be charged twice with bank fees on New Year’s Eve
3 City of London makes late scramble to limit Brexit disruption
4 Ryanair warns it may reduce more services and relocate operations
5 Irish start-up which developed facial recognition for cows raising over $50m
6 Coveney says Greencore business ‘absolutely smashed’ by Covid-19
7 Irish designer of Oxford vaccine: ‘I’ve never worked so hard in my life’
8 We continue to ignore massive pensions elephant in the room
9 Workers have little idea of the cost of retirement income
10 Son putting elderly dad under pressure to sign over land
Real news has value SUBSCRIBE
Save money on international transfers