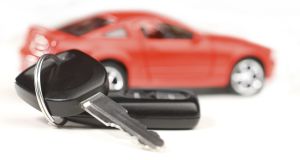 From June 30th people who run into difficulty meeting repayments on finance deals may find it more difficult to get another deal if seeking finance on sums of €2,000 or more. Photograph: Getty

The Central Bank is set to start recording details of personal contract plans (PCPs) for car purchases; hire purchase deals, which can be used to purchase washing machines among other things; as well as similar types of finance, on its credit register from June 30th.

It will mark the first time the regulator has sought to capture such data on its central credit register since it was launched in March 2018. The purpose of the register is to provide greater transparency to lenders when people apply for a loan.

At the time of its launch, the register, which keeps a record of loans of €500 or more, was criticised for not including details on HP and PCP deals.

These included buying a washing machine, car or a television on hire purchase, or the purchase of a car via a PCP. Given the size of the PCP market – about €1.4 billion – it was seen as a significant omission.

However, a spokeswoman for the regulator said that from June 30th, all lenders (regulated and non-regulated), will be required to submit personal and credit information on hire purchase, PCPs and similar types of finance, and this information will be included on credit reports.

The development means that people who do run into difficulty meeting repayments on such finance deals may now find it more difficult to get another one, as their lender will be compelled to check the register if offering finance on sums of €2,000 or more. However, those availing of HP to buy a new washing machine or couch, for example, such as that offered by Flexi Fi through Harvey Norman and other outlets, won’t be subject to such rigours; while lenders can check the register for smaller amounts, they are not obliged to do so on amounts of less than € 2,000.

While the register will shortly include details on these forms of finance, it will still contain many other omissions, which will preclude lenders from getting a full picture of people’s finances, as the register is very much focused on credit agreements.

People who have been made bankrupt, or agreed a debt deal such as a personal insolvency arrangement or a debt settlement arrangement through the Insolvency Service of Ireland, aren’t listed as such on the register. Neither are court debt judgments, tax defaulters or those who have fallen behind on their tax bills or who have failed to pay their property tax bill with Revenue Commissioners.

Information on those who have failed to pay a gas bill or rent, or who have defaulted on a mobile phone contract, won’t be disclosed either. Information on utilities is specifically excluded under the Credit Reporting Act 2013.

However, borrowers can add such information to their credit record voluntarily if they wish.