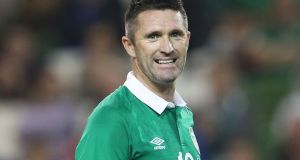 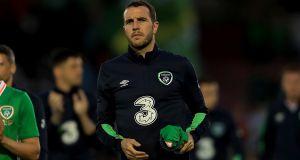 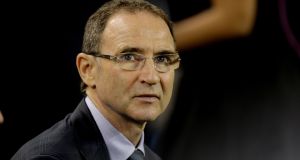 Martin O’Neill former manager of the Irish soccer team: he was among the investors in the schemes along with former players Clinton Morrison, Denis Irwin and David O’Leary. Photograph: Alan Betson / The Irish Times 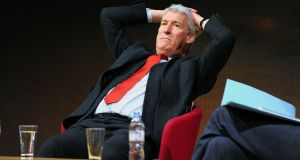 Losses claimed by celebrity investors, including Irish football stars Robbie Keane and John O’Shea, in disputed film finance schemes in the UK amounted to more than £1.62 billion, according to a judgment issued by a tax tribunal in London last week.

The tribunal last Friday found partly in favour of the UK’s HM Revenue and Customs (HMRC) in a tax dispute with the film schemes, designed by UK finance group Ingenious Media.

Since 2003, Ingenious has assembled several film finance partnerships with high-profile figures from the worlds of media, entertainment and sport as investors and members. It has always argued the schemes were fully tax compliant.

The partnerships provided finance for Hollywood blockbusters such as Avatar, Die Hard 4 and Kingdom of Heaven, as well as indie films such as Hot Fuzz. Other films financed by Ingenious schemes, of which the Irish stars were directly members, include Shaun of the Dead, Hotel Rwanda and Closer.

As a result of a complex series of transactions, the investments often resulted in heavy accounting losses for the partnerships in their early years. The celebrities were then able to use these losses to reduce their tax bills on other income.

HMRC disputed the level of losses on the investments claimed by the celebrity investors. Ingenious maintained they were genuine film finance schemes, and not simply tax-avoidance vehicles.

Three Ingenious partnerships took a case to a UK tax tribunal, challenging HMRC’s assertion that the tax reliefs claimed by scheme members were excessive. The tribunal accepted some of the arguments from Ingenious, but ruled last Friday that the losses claimed were excessive with some of the schemes.

The celebrities who invested in the Ingenious schemes now face the possibility of demands for large tax repayments from HMRC.

The 342-page tribunal judgment states that the tax reclaimed by the scheme members totals £620 million. With interest and penalties from HMRC, the tribunal said, the total amount at stake is about £1 billion.

The judgment outlines the highly complex funding arrangements that resulted in the tax losses. The celebrity investors generally put up cash equivalent to 30 per cent of the cost of making the film.

But following a series of loan arrangements for the remaining 70 per cent, losses were generally calculated based on the full cost of making the film.

Scheme members could now be hit with tax bills as a result of the judgment, although HMRC did not reveal details of how much it would seek back. Ingenious is considering an appeal and criticised HMRC for its handling of the case.

None of the Irish stars named are current members of the three Ingenious schemes that took part in the tribunal.

However, HMRC confirmed the names of five further film schemes that it says are also legally bound by the decision. The Irish stars are all members of some of those five partnerships.

The Football Association of Ireland declined to comment about the affairs of senior team manager Mr O’Neill, Sunderland star Mr O’Shea and Mr Keane, who plays for LA Galaxy. There was no response to texts and calls made to Mr Irwin and Mr Morrison, while Mr O’Leary could not be reached.