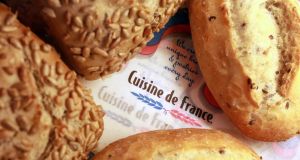 Swiss-Irish food group Aryzta was among the market’s best performers, finishing 13.5 per cent up on the day. Photograph: Nick Bradshaw

European stocks hit a near three-week high on Tuesday, as US stimulus bets and encouraging data out of China and Germany galvanised growth-linked cyclical sectors such as travel and leisure, banking and automobile manufacturers.

The pan-European Stoxx 600 index closed 1.7 per cent higher, with Wall Street’s S&P 500 coming in close quarters with an all-time high as investors hoped for more US fiscal stimulus.

The Iseq rose 2.3 per cent in thin summer trading. Swiss-Irish food group Aryzta was among the index’s best performers, finishing ahead 13.5 per cent to 63 cent per share. In a message to investors on Tuesday, the frozen baked goods group said it had seen further improvement in its revenue trends in July as economies loosened restrictions imposed to slow the spread of coronavirus.

Irish banks rode the wave of positivity that swept through markets. AIB, which has attracted comment for its cautious outlook, rose 8.7 per cent to €1.15, while Bank of Ireland climbed 7.2 per cent to €2.08.

Residential developer Cairn Homes rose 2 per cent to 85 cent after it reported sales down sharply for the first six months but said house prices were holding up.

The UK mid-caps index touched its highest level in two months as hopes of a stimulus-led rebound helped investors look past a mixed batch of quarterly earnings updates.

The mid-cap FTSE 250 rose for a third straight session, as Bank of England deputy governor Dave Ramsden said the central bank would step up quantitative easing if the economy slowed again

The blue-chip FTSE 100 added 1.6 per cent, tracking gains in Asia and on Wall Street on relief that a US-China spat appeared not to have spilled over into trade. Energy, life insurance and travel-related stocks were among the top gainers of the day, while homebuilders, utilities and real-estate firms lagged the wider market.

Housebuilder Bellway fell 4.5 per cent as it said it built fewer homes in the year due to the lockdown.

InterContinental Hotels rose after signalling a tentative recovery. The Holiday Inn owner gained 4.7 per cent after it said it was seeing some “very early” signs of returning demand as coronavirus-related restrictions eased in major markets.

Carmakers surged 4.4 per cent in Europe after data showed China’s auto sales climbed 16.4 per cent in July, the fourth straight month of gains as the world’s biggest vehicle market comes off lows hit during the coronavirus lockdown. Other hard-hit sectors such as travel and leisure, oil and gas and banks jumped between 3.7 per cent and 4.5 per cent.

German online fashion retailer Zalando rose 1.9 per cent after reporting a more than doubling of sales on its site.

Shares in Banco BPM surged on expectations that Italy’s third-largest bank could become involved a possible merger in a new round of consolidation among the country’s banks following Intesa Sanpaolo’s takeover of smaller rival UBI Banca. BPM’s shares climbed 7 per cent in light summer trading, making the bank the biggest gainer on the blue-chip FTSE index in Milan.

The S&P 500 closed in on its February peak on Tuesday, returning to levels last seen before the onset of the coronavirus crisis that caused one of Wall Street’s most dramatic crashes in history.

The tech-heavy Nasdaq has led the recovery charge recently, boosted by “stay-at-home winners” Amazon. com, Netflix and Apple. The index was down about 0.1 per cent on Tuesday, however. The blue-chip Dow surged 1.2 per cent, coming within 5 per cent of its February peak.