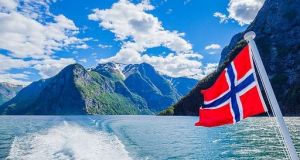 The world’s largest sovereign wealth fund has unveiled radical proposals to transform its bond investment by turning its back on corporate debt and fixed income in currencies other than dollars, euro and pounds.

Norway’s $990 billion oil fund proposed a number of big changes to its benchmark index for bonds in a letter published on Monday to the country’s finance ministry, which takes the main decisions on asset allocation.

The oil fund recommends that only government bonds in dollars, euro or pounds should comprise its benchmark – an index against which its performance is measured – while the debt should not have a maturity of more than “about 10 years”.

That would exclude vast swaths of fixed-income assets including all corporate debt, bonds denominated in yen or emerging market currencies, as well as long-dated issues such as 100-year instruments.

The proposal would not exclude the oil fund from owning such investments but over time its portfolio tends to align itself to its benchmark so could lead to significant shifts in bond investments.

The move is likely to be closely followed as the fund is one of the biggest investors in the world, with a bonds portfolio of about $320 billion.

As of June 30th, about a quarter of its fixed income investments – about $80 billion – was in corporate bonds. Debt in emerging market currencies represented about $40 billion of its portfolio, while bonds in yen accounted for about $20 billion.

The oil fund’s proposals come in the aftermath of a decision by Norway to increase the risk the investor takes by boosting the share of equities in the benchmark portfolio from 60 per cent to 70 per cent. The fund is only allowed to deviate from its benchmark – the so-called tracking error – by a relatively small margin compared with other investors.

The recommendations are based on its view that bonds are in its portfolio to lower the risk in the fund and limit the fluctuations in its return. It also follows analysis from the fund that suggests the benefits of diversification across currencies and countries have been overstated for bond investors.

“In the long term the gains from broad international diversification are considerable for equities but moderate for bonds. For an investor with 70 per cent of his investments in an internationally diversified equity portfolio, there is little reduction in risk to be obtained by also diversifying his bond investments across a large number of currencies,” the fund wrote in its letter to the ministry. – Copyright The Financial Times Limited 2017