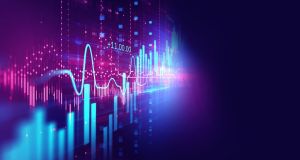 A rally in global stocks stalled within a whisker of February’s all-time high as investors mulled the pace of the recent gains and expectations for loose monetary policy.

S&P 500 futures were steady after both the benchmark, dipping 0.1 per cent as of 12.10pm in Tokyo. The gauge gained 0.4 per cent on Tuesday. The Nasdaq Composite climbed to fresh records, helped by gains in Facebook.

Crude oil traded near the highest in five months as Hurricane Laura bore down on key refining facilities on the US Gulf Coast.

As global economies reopen, investors remain wary about fresh outbreaks of the virus and are focused on the progress of a vaccine. A summer infection spike in US Sun Belt states showed more signs of easing, while cases continued to grow in Spain and Germany.

Traders are also awaiting Federal Reserve Chair Jerome Powell’s speech on Thursday about the central bank’s monetary policy framework review, which has focused on a new inflation strategy. US consumer confidence dropped in August to the lowest since 2014 as Americans grapple with high unemployment and uncertainty about future federal stimulus.

“The Fed has all but guaranteed that rates are going nowhere for at least two years,” Eleanor Creagh, a market strategist at Saxo Bank, said on Bloomberg TV. “Equity remains the place for investors to escape the secular stagnation that we’re seeing within the real economy that this zero-yield world produces.”

In New Zealand, equities were disrupted for a second day after a cyber attack halted activity Tuesday. – Bloomberg