Russia and China swallow up strategic businesses in the US heartland 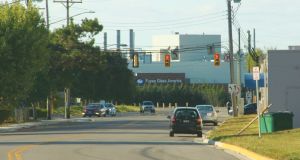 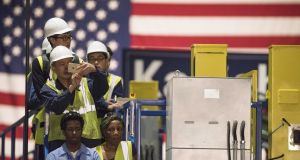 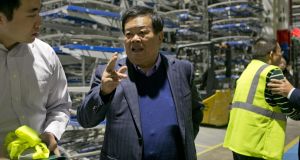 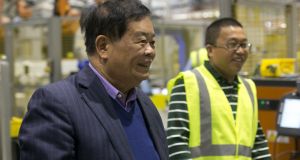 For the people of Moraine, Ohio December 2008 was a time no one ever wants to think about or see happen again. Thousands of jobs were lost when General Motors closed its assembly plant as the Great Recession kicked into gear.

Today, as US manufacturers continue scaling back industrial production in the Midwest, Russia and China are sinking their teeth into the rubble left behind, employing thousands and thus commanding significant economic and political clout in regions desperately in need of jobs and broader revival.

Over the past seven years, China has become the largest buyer of US real estate. Though a far smaller player in the American economy, Russian majority-owned businesses employ between 5,000 and 10,000 workers in the US.

Fuyao Glass America has now created more than 2,000 jobs in Moraine, set to rise to 3,000 in the next few years, and invested $600 million (€544 million) in the process. The plant is believed to bring $280 million to Ohio every year – no small change for the economically depressed region.

Prior to Fuyao’s arrival, the huge 140,000 sq metre disused factory served as a constant reminder to locals of the travails the region faced. Since the 1960s, the Dayton area has lost around half its population as manufacturing jobs dried up.

“That whole factory sat there for years, it was an eyesore,” says local resident Michael Matthews from his front lawn a couple of blocks from the plant, and whose grandfather lost his job at GM when it closed. “They’ve [Fuyao] brought a lot of jobs here. They hired a lot of people that would have trouble getting jobs elsewhere. Small things like that.”

Matthews’ first experience of Fuyao came about while working with a local company contracted to conduct medical exams on the thousands of workers that signed up at the glass factory. That in itself, he says, was an example of the lucrative spin-off for just one local business.

Having Fuyao here is good for the simple fact that it’s giving local people jobs, even if it means that locals are dependent on foreign companies, he says. “You look at Ford who outsourced to Mexico. [By contrast] Fuyao has given a lot of jobs to smaller companies. The amount of people that they’ve employed is good,” he says.

In August, Netflix released American Factory, a documentary sponsored by Barack and Michelle Obama that portrays life at the glass factory. Early in the film chairman Cho is asked by an aide whether the factory foyer should be decorated with both Chinese- and American-themed art pieces.

Immediately he declares only an American representation should be hung. “When in Rome, do as the Romans do,” he declared. “Don’t upset them.”

But divisions between the working cultures soon surface with the film’s sum takeaway being that the Chinese are firmly in control at the factory and more broadly, are now firmly embedded in the lives of Fuyao’s thousands of American workers.

Some 200km southeast of Moraine in Ashland, Kentucky, locals are girding up for major changes, too. Outside the town of 20,000 people, Russia’s biggest aluminium manufacturer Rusal is spending $200 million – with a further $1.5 billion rumoured – on a 40 per cent stake in a new aluminium rolling plant co-owned by Braidy Industries.

The company, dubbed Braidy Atlas, is set to open in 2021 and will be the first of its kind to be built in the US in more than three decades. The project will provide 1,500 construction jobs while generating a further $2.8 billion in Kentucky.

Like much of the rest of Appalachia, Ashland is badly in need of a leg up. According to USA Today, the Ashland-Huntington area ranks 23rd nationally for job losses between 2014 and 2019.

With a median household income of $40,646, its employment rate fell by 2.6 per cent over the past five years, and its population has fallen, too.

It’s not surprising then that locals have welcomed the aluminium factory, regardless of its Russian backing. “We like all of this news. A lot,” the local Daily Independent editorial said of Braidy Industries’ burgeoning business operations.

This has helped pave the way for Rusal’s investment in the plant, which is expected to employ 600 people earning twice the average local wage once it is up and running.

Rusal also owns Aughinish Alumina, the largest bauxite refinery in Europe, on the Shannon estuary outside Foynes in Co Limerick, where it employs about 450 people.

And yet, Rusal and Fuyao’s entry to America has been anything but smooth.

Individuals with links to Kentucky politician and US senate leader Mitch McConnell, given the moniker “Moscow Mitch” since refusing to take up election security legislation to prevent foreign meddling in US elections, have been driving forces behind Rusal’s coming to Kentucky.

Tellingly, Rusal only committed to the plant after the White House in January lifted sanctions on the company after Vladimir Putin crony Oleg Deripaska, a part-owner who remains under sanctions, reduced his role in Rusal.

Rusal has ties to other Russian companies under US sanctions for suspected meddling in the 2016 election. McConnell and Rusal alike have denied any political wrongdoing but adding to the slapstick nature of the deal is how in 2009, Braidy Industries chief executive Craig Bouchard - who was not affiliated with the company at the time - co-authored a book titled America For Sale, in which he sharply criticises foreign companies’ attempts to open shop in the US.

All this is happening against the backdrop of Russian spy planes flying over Dayton, Chicago and around the Midwest last August.

A job is a job

Amid the Shakespearean-like subplots, is there scepticism among locals that a Russian company is set to become a major supplier of jobs in Appalachia?

For the most part, that seems scant. While in April, the Louisville Courier Journal ran an article titled Is Braidy Industries of Kentucky getting in bed with Russian Mobsters?, the broader consensus appears to be that a job is a job, regardless of the employer.

“We probably need 25,000 people to go to work to move this region out of poverty. The creation of jobs is a good thing no matter where they’re going,” says Jared Arnett of Shaping Our Appalachian Region, a non-profit based in Pikeville, Kentucky.

Arnett says the region doesn’t want to find itself in a situation whereby industry is the only strategy for producing jobs. For Fuyao, the threat of a union presence on its factory floor is one of its biggest fears. The company hired many workers made redundant when GM closed, but where the auto manufacturer paid out almost $30 an hour, Fuyao started out offering $14. “If a union comes in, I’m shutting down,” Cho declares in the American Factory documentary.

He tells John Gauthier, president of Fuyao Glass America: “If you want to continue to be president, you have to listen to my advice.” Gauthier was let go in late 2016.

The US department of labour reported in July that Fuyao faced almost three-quarters of a million dollars in penalties after the department found “multiple hazards” at the plant. “This company’s repeated failure to implement and enforce safety and health programmes at the workplace is unacceptable,” the department’s acting regional administrator Bill Donovan said.

The company, naturally, prefers to focus on the positives. “Fuyao has received [A]warm welcome from the local communities,” says Liu. “Fuyao America Companies and Heren Foundation [a philanthropic venture founded by Cho], donated about $8.43 million between 2015 and 2018 to support local schools, hospitals and low-income families. We belong to the Moraine community.”

Fuyao has received close to $22 million in tax breaks and incentives for opening the factory in Ohio, and along the way has struck up ties with important anchor institutions such as the University of Dayton, helping to further embed itself in the community. Some local residents, however, say the sound of Chinese workers talking on loudspeakers at the factory keeps them awake at night.

With around 200 Chinese workers employed by Fuyao now living locally, it’s no surprise the number of quality Asian food outlets in Moraine has rocketed. Two years ago, Taste of the World opened on a corner of Fuyao’s property at a cost of $1 million, funding believed to have come straight out of Cho’s pocket. “During the weekdays we have lots of Chinese customers, but at weekends we mostly have American diners,” its manager Mr Son says.

With Chinese and Russian ties at the US political level set to remain strained, people in Moraine and Ashland might find themselves looking over their shoulder for the foreseeable future.

1 Who are Ireland’s 17 billionaires?
2 State subsidises public sector retirees to cover gap until State pension
3 My father in a nursing home wants to gift me his house
4 Countries that fail to attract immigrants will lose out – Microsoft chief
5 Trump holds America up as ‘example for the world’ at Davos
6 Nama lends Cosgraves €15m to fund huge apartment development
7 At the controls as Aer Lingus continues steep ascent
8 Health insurance: Switch often for your financial wellbeing
9 Property firm sues engineering company over waterproofing of basement
10 Are there annual limits on inheritances or gifts to a child?
Real news has value SUBSCRIBE

State subsidises public sector retirees to cover gap until State pension 12:36
Countries that fail to attract immigrants will lose out – Microsoft chief 12:07
Long-hyped smart fridges will never run out of milk or data 12:02
Trump holds America up as ‘example for the world’ at Davos 11:57
My father in a nursing home wants to gift me his house 11:23
Search executive
jobs on irishtimes.com