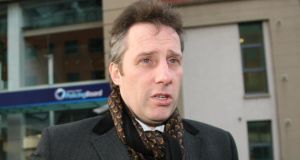 The Gallahers cigarette factory in Ballymena is set to close with the loss of nearly 1,000 jobs after its parent company Japan Tobacco International (JTI) announced details of major restructuring plans across Europe.

JTI today released details of a proposal to restructure its manufacturing facilities because of “significant and sustained changes impacting its global business”.

In a statement the company said: “JTI will undertake appropriate consultations on proposals to change its product sourcing, which could lead to the closure of some of its manufacturing sites.

“JTI’s facilities in Lisnafillan (Northern Ireland) and Wervik (Belgium) would cease to operate, with production moving to other facilities, potentially in Poland and Romania. Other tobacco product manufacturing in Trier (Germany) would also be relocated, with the exception of Ploom2-related production.”

A spokesman for JTI stressed that “no firm decisions” had been taken at this time and that it was entering into a consultation period with employees and trade unions.

“We are sensitive to the impact that any decision will have on our phenomenal workforce in Lisnafillan and the local community,” the spokesperson added.

North Antrim MP Ian Paisley said JTI’s decision to put its workers on a 90 day redundancy notice was devastating news. He said it signalled that the “Gallagher era is coming to an end”.

Gallaher, which was acquired by JTI in 2007l, makes Silk Cut and Benson & Hedges cigarettes. The original Gallaher business was founded by Derry man Thomas Gallaher in 1857 .

Mr Paisley said: “Today my heart goes out to these people, many of whom are personal friends, who have been effectively told that the Gallaher era is coming to an end. From May 2016, the first redundancies will commence and the key will be turned for the last time in the factory a year later. This is devastating news.”

The Northern Ireland Independent Retail Trade Association (NIIRTA) said the impact of 1,000 job losses on the local economy would be widespread.

NIIRTA chief executive Glyn Roberts said: “Gallahers generated £60million of wages into the local economy which will be a big loss in spending for local retailers and those businesses who provided goods and services to the company throughout the north Antrim area”