Pharmapod near to closing new €3.5m funding round 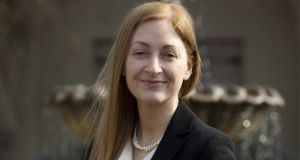 Pharmapod, an Irish software company that has developed a cloud-based platform to reduce medication errors for patients, is near to closing a €3.5 million funding round and has appointed a new managing director.

Founded by Ms O’Brien in 2012, Pharmapod has created a secure application that enables pharmacists to record and share medication-related incidents. Medical mistakes cost as much as $42 billion (€37.7 billion) globally a year, according to the World Health Organisation.

Dublin-based Focus Capital is managing the new funding round, which when completed would bring total funds raised to date by the company to over €7 million. The financing will be used to expand into new markets and to nearly double headcount to 50.

Among the investors so far are high net-worth individuals whose backgrounds are in data, technology and healthcare.

“These are all people who will add value and help us as we go into our hyper-growth stage,” said Ms O’Brien.

Pharmapod, which is launching in Australia and New Zealand later this year, recently secured it first customers in the US after being listed as a federal patient safety organisation. This is an accreditation which means that any data the company holds on patients can be held from disclosure, something which Ms O’Brien said is necessary given the high level of litigation in the US.

Pharmapod also has an agreement with the International Pharmacy Federation, which represents over four million pharmacists globally, to scale the Pharmapod platform internationally.

Its backers include the Canadian Pharmacists Association, which invested in the company after it won a tender to implement a medication error reporting system across more than 4,300 pharmacies in Ontario in what is the largest safety programme of its kind established in Canada.

Mr O’Donoghue, who led the sale of KM Medical to Clanwilliam Health earlier this year, is also a tech commentator for among others, the Irish Daily Mail. He also previously led Beaumex, one of Apple’s largest Irish distributors.

Ms O’Brien said he would be an “amazing addition to the team”.

“If you’re scaling a company internationally then you can’t be in all places at all times so we needed to beef-up our leadership capability which Andy has, along with a great technical background,” she said.

Ms O’Brien has more than 20 years’ experience working in the pharmacy sector, including as chief pharmacist at Unicare and as a governance and development consultant for the Pharmaceutical Society of Ireland. She is among the finalists in this year’s EY Entrepreneur of the Year awards.

Speaking of his appointment, Mr O’Donoghue said he was excited to be joining what is already an “extremely successful business”.

“While fundraising for many in the time of Covid has been challenging, Pharmapod has piqued the interest of industry-aware investors,” he said.

“A software-as-a-service (SaaS) business operating in an essential service is attractive to investors, as is our data play and proven success evidenced by Pharmapod’s significant success in the Canadian market. I think investors see a founder, a team and global growth potential that they really like,” Mr