Actavis must be getting dizzy from all the approaches 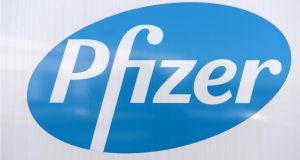 Pfizer has yet to formally put a value on the Actavis bid as it says no actual offer has been made, but it does make for a complicated chain all the same.

Keeping track of the merry-go-round that is pharma M&A is quite a challenge. It’s not all down to corporate inversion – that bête noir of US politicians – although undoubtedly a lot of it is.

That would include the approach by Pfizer to Actavis, which emerged yesterday. Given their very different focus within the pharmaceuticals market – Actavis is more generally known as a player in the over the counter and generics side of the business – the only logic for the deal is in facilitating Pfizer’s publicly declared interest in lowering its tax bill.

It will certainly have come as bad news to some investors in AstraZeneca, who hoped Pfizer might have returned to tempt the British drug giant following its spurned previous $114 billion offer.

Pfizer was precluded from continuing its pursuit of AstraZeneca at that time, but the lockout period expires in November and there has been some expectation of a resumed pursuit. Of course, that might yet happen.

For its part, Actavis must be getting dizzy. It is already involved in an effort to acquire Allergan, despite having recently had a cash bid – thought to be in the region of $50 billion – rejected.

Allergan, of course, is fighting off the unwanted attentions of Actavis rival Valeant, which is still pursuing a $53 billion hostile takeover approach.

In an effort to thwart that bid ahead of a shareholder meeting (called by Valeant to go to investors over the heads of the board), Allergan is in what are called “advanced talks” with another company, Salix Pharmaceuticals.

The thinking behind this is apparently to make Allergan too big and complex for Valeant to digest at this time.

Sources close to Allergan have suggested that it might be open to a friendly approach for Actavis, but only after the Salix deal.

Pfizer has yet to formally put a value on the Actavis and says that no actual offer has been made. But it does make for a complicated chain all the same.

Ireland has a stake in all this activity, as most of the companies involved have operations here, or corporate domicile.