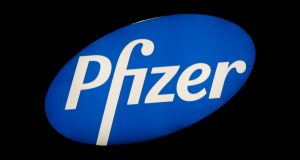 Pfizer is trying to focus its business around more high value, innovative medicines, including spinning off its consumer unit

Pfizer is spinning off its off-patent and generics business UpJohn, and combining it with generic drugmaker Mylan to create a giant off-patent group with global annual revenues worth about $20 billion.

The all-stock deal will unite former branded blockbusters like Lipitor and Viagra with Mylan’s pipeline of new generics and biosimilars, expanding their reach into China and other emerging markets. The companies did not give a valuation for the new unit.

Albert Bourla, Pfizer’s chief executive, said the new company would be a “champion for global health”.

“By bringing Mylan’s growth assets to Upjohn’s growth markets we will create a financially strong company with truly global reach.”

Pfizer is trying to focus its business around more high value, innovative medicines, including spinning off its consumer unit into a joint venture with similar assets from British pharmaceutical company GSK, announced late last year.

The new company will be 57 per cent owned by Pfizer shareholders and 43 per cent owned by Mylan stockholders, who will exchange each share in Mylan for one in the new company. Using a “Reverse Morris Trust” structure, which combines a spin-off with a merger, the deal is expected to be tax-free for Pfizer shareholders but taxable to investors holding Mylan.

The venture is expected to have revenues of between $19 billion to $20 billion (€18bn) and adjusted earnings of between $7.5 billion to $8 billion a year. The new company expects about $1 billion of synergies a year by 2023.

Heather Bresch, Mylan’s chief executive, will retire after eight years in the role when the transaction closes, and Ken Parks, chief financial officer, will also leave.

The as-yet-unnamed company will be led by Michael Gottler, who currently presides over the Upjohn business, as chief executive, and Robert Coury, Mylan chairman, who will take up the role of executive chairman.

Mylan shares climbed more than 23 per cent in pre-market trading on Monday to $22.74, while Pfizer stock was less than 1 per cent lower at $42.76. – Copyright The Financial Times Limited 2019