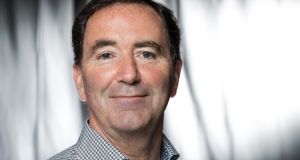 Accountant James Murphy set a target six years ago for Viviscal, the hair restoration brand owned by his Galway-based Lifes2Good company. “We decided we would try to boost its sales to €50 million and make it the number one product in its category,” said Murphy. “Last year we achieved that, so we set about looking for a buyer.”

The entrepreneur, who is also well known as a singer in the Galway Tenors group, has just struck a €150 million deal to sell Viviscal to Church & Dwight (C&D), the owner of Arm & Hammer toothpaste and Trojan condoms.

Murphy personally controls more than 80 per cent of the business. Overnight, he has become one of the wealthiest self-made business figures in the west of Ireland.

Viviscal, which is endorsed by the likes of celebrities Jennifer Aniston and Reese Witherspoon, sells in more than 25,000 stores in the US, including CVS and Wal-Mart, and across Europe. It was an attractive prospect for big consumer brand owners.

The process to sell it took a full year to bring to fruition.

Last January, Murphy set the train in motion. Lifes2Good, which is also backed by BDO’s Development Capital Fund, carved Viviscal away from its other brands into a separate subsidiary, which paid the parent group €13 million.

“It was pure coincidence. We wanted to sell and they wanted to help,” said Murphy. “We put together an information memorandum and started a process.” Last summer, Murphy and members of his senior team made several trips from Galway to New York, where they made presentations in front of a number of “global players” in the industry, including C&D. They got “several” bids.

“C&D just got it, they got what we were doing with Viviscal. They had recently bought another hair product, Toppik, and they were impressed with the way we sold through three channels: direct to consumers, through retailers, and through professionals, such as clinics.”

The deal was finalised in recent weeks, and will be announced by C&D on February 7th.

Murphy will continue running Lifes2Good, which employs more than 100 people including about 50 in Galway. It owns several other brands, such as Pettura pet products, Sonic Chic toothbrushes and Berkeley Life supplements range.

“We have built up this fantastic selling and marketing platform using all three channels. Our intention is to find more brands and scale them up like we did with Viviscal. Then we will do the same job: go back to the big guys, and put them [the brands] on the table.”

Murphy trained as an accountant in the 1980s, spending several years with Coopers & Lybrand in Brussels before returning home in 1991.

He joined BMR-Slendertone, a muscle toning product company then based in Donegal, now in Galway. He helped build up the brand, before selling his stake in 1997. He used the cash from this deal to buy what is now Lifes2Good.

Viviscal, whose active ingredient is a compound of shark and mollusk powder, began life in Finland, where it was developed by a group of academics.

Murphy bought its UK distributor, then operating under a different name, in 2002. It was originally targeted at balding men. Murphy switched the focus to combating female hair loss, then “taboo” he says, and it morphed into a beauty product.

In 2007, Lifes2good bought the brand outright and switched production to Galway. Shortly thereafter, it entered the US, where sales took off in recent years, leading to the lucrative deal with C&D.

Some of the cash will go to management shareholders, while the BDO Development Capital fund will also get a sweet return on its original €5 million investment. Enterprise Ireland was also a backer. But the bulk of the €150 million is Murphy’s. So what next?

“I’m young, I’m in my 50s, so I won’t be retiring,” he says Murphy. “We will reinvest some of the money in the business – we want to buy and build up more brands. I’m also going to set up a charity foundation.”

He will, he concedes, buy “a few things here and there” for himself. “But with that sort of money comes a whole new set of responsibilities.”

Lifes2Good will manage Viviscal’s transition to C&D for a further six to nine months. Then Murphy will set about trying to repeat the trick all over again. He is keeping all his staff, and he is already looking to buy more brands to develop and sell.

“We did this big thing with a small business from the west of Ireland. And we’re going to do it again. That’s our model. We’ve built a serious team, and I’m going to reward them.”

And, presumably, enjoy a little of his success for himself.