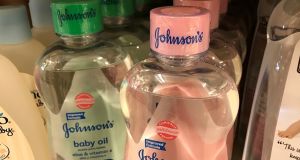 Pharma giant Johnson & Johnson reported a higher-than-expected quarterly profit and raised its full-year forecast, driven by strong demand for its new cancer drugs and gains from its acquisition of Swiss biotech Actelion.

Shares of J&J, part of the Dow Jones Industrial Average , were up 1.6 per cent at $138.3 in premarket trading on Tuesday.

Higher sales of cancer drugs Darzalex and Imbruvica helped the company post a 15.4 per cent rise in pharmaceutical sales in the third quarter.

The company, which makes everything from Band-Aids to blockbuster rheumatoid arthritis drug Remicade, said its results included the impact of the first full quarter of the acquisition of Actelion, which added 7.9 percent to worldwide operational sales growth.

The company completed the $30 billion acquisition of Actelion in June, giving it access to high-price, high-margin treatments for rare diseases.

Total revenue rose 10.3 per cent to $19.65 billion as the company’s other businesses also performed well.