Dublin and Paris among most expensive cities for expats 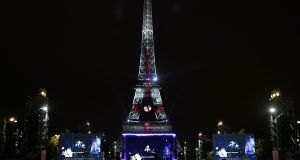 Eiffel Tower in Paris: city is among the most expensive cities in the world for expatriates to live in and work in. Photograph: Philippe Lopez/AFP/Getty Images

Dublin is one of only three euro zone cities listed in the top 50 most expensive cities in the world for expatriates to live in and work in.

The city moves up the rankings for a third year running from 49th to 47th position, according to the latest annual Cost of Living Survey by consultancy firm Mercer.

Hong Kong tops the survey’s list, pushing Luanda in Angola into second position. Zurich and Singapore remain in third and fourth positions, respectively, but Tokyo is in fifth, up six places from last year. In sixth place Kinshasa, capital of the Democratic Republic of the Congo, appears for the first time in the top 10, moving up from 13th place.

Principal at Mercer Ireland Noel O’Connor said Dublin had increased its ranking in the survey for expatriates for the third year running.

“The survey identifies cost pressures on expatriate rental accommodation as a key factor in maintaining Dublin’s high ranking relative to other euro zone cities. As the economy has improved, greater foreign direct investment has put increased pressure on the availability of rental accommodation for expatriates in Dublin,” said Mr O’Connor.

The survey found that factors such as currency fluctuations, cost inflation for goods and services and instability of accommodation prices contributed to the cost of expatriate packages for employees on international assignments.

Mercer’s survey is designed to help multinational companies and governments determine compensation strategies for their expatriate employees. New York City is used as the base city for all comparisons and currency movements are measured against the US dollar.