Company adds to its client list, and expands its geographic reach in Asia 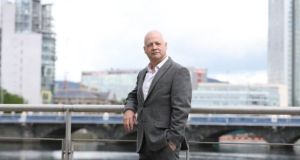 Irish data analytics company Diaceutics reported a rise in revenue and profit in 2019 as the company continued to add to its client lists.

Diaceutics, which provides precision testing data and commercialisation services for the global pharma industry, said the 12 months to December 31st had been a formative year for the group.

Earnings before interest, tax, depreciation and amortisation were £1 million, down from £1.3 million a year earlier, but adjusted Ebidta was £2.4 million, up from £1.5 million in 2018.

The balance sheet also showed strong net cash of £11.7 million, compared with a net debt of £1.7 million in 2018. Diaceutics raised £17 million in March through its initial public offering, listing on London’s AIM market, citing a desire to obtain faster access to growth capital.

“We’re very pleased with the results,” said chief financial officer Phillip White. “We did what we said we would in terms of the IPO, we delivered on those goals. That was continuing our growth, investing in the data and the platform, and increasing our geographical spread.”

The company also added 10 new clients to its customer list during the year, and now services 36 clients. It has also expanded its geographic footprint, particularly in Asia. The company added 11 people in Asia during the period, with 22 projects in the region up from four the year prior.

“Diaceutics has been building its market leading position in the precision testing market for the past 14 years,” said Peter Keeling, chief executive.

“2019 has seen us further penetrate the existing precision testing market in key disease areas and global markets whilst at the same time adding the essential scaling pillars for 2020 and beyond to keep the group in step with a rapidly increasing marketplace.”

Mr Keeling said the exit of the UK from the European Union would have little impact on the bsuiness.

“When you consider the global scope of out company, with 40-50 per cent of our business coming from the US, and 30 to 40 per cent from other European countries and very little from the UK, we’ve always felt insulated from the disruption of Brexit and that has certainly borne out in the past year and I don’t see that changing.”

With regard to the current coronavirus outbreak, Mr Keeling said there was an opportunity for the company to provide some support to the pharmaceutical firms trying to find treatments for the most severely affected patients.

“From a client point of view, I think what will become obvious is that the pharmaceutical industry is moving into fast forward. They know vaccines are a year away at least, and they are looking at other existing treatments to treat those most at high risk,” he said. “We see there are opportunities there in supporting the pharma industry as they bring forward these drugs. It’s a diagnostic challenge - and we are in the business of diagnostic challenges.”