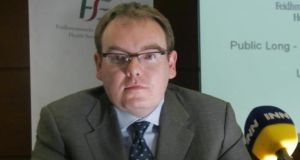 
Bank of Ireland has taken control of a private hospital that owed the lender a property-related debt of more than €3 million.

Mr Wallace’s appointment followed a request from VFM’s directors to the bank.

While none of the parties involved revealed the amount due to the bank, its last published accounts, for 2011, show it had a long-term debt of €3.6 million. It is understood the figure is in this region.

Company returns show the bank secured its liabilities over the hospital property and its share capital. Its latest mortgage dates back to 2011.

The hospital will stay open as another operator, Centric Health, has stepped in to manage the facility.

Mr Wallace said that Centric’s appointment “brings stability to the hospital and ensures that it remains open, providing a full service to all of its patients”.


Centric already owns eight primary care facilities in the Republic and operates three Swiftcare clinics in partnership with State-owned insurer VHI and the Health Service Executive. It was not possible to establish yesterday if the management agreement with Centric indicated it was prepared to buy St Francis hospital.

VFM Healthcare’s parent is based in Belfast, where it runs the Chichester Clinic. The group’s ultimate owner is VFM Consulting, based in Glasgow with operations in Scotland and Dubai.

St Francis Private Hospital has 92 beds and four operating theatres. It provides for both private and public patients. News of its receivership comes shortly after businessman Denis O’Brien bought the Beacon Medical Clinic in Sandyford Dublin .