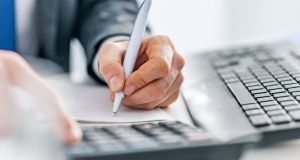 The UK accounting industry has been plunged into its worst crisis in over a decade as the “Big Four” firms slash partners’ pay by up to a quarter and their mid-tier rivals furlough junior staff to cope with the fallout from the coronavirus pandemic.

London-headquartered KPMG, PwC, Deloitte and EY have reduced the amount of profits that are distributed to their partners each month by between 20 and 25 per cent to build up cash reserves and help survive a downturn in work.

Partners at the UK arms of the four firms, which between them employ about 74,000 people, earned an average of £720,000 last year and undertake activities including company audits, tax and restructuring advice, and consulting on transactions.

The economic blow to the professional services industry follows years of corporate failures and accounting scandals that have hurt their reputations. Despite this, overall revenues at the UK firms have soared over the past decade as they have expanded beyond their roots in audit, resulting in increasingly large sums of money paid out to their highest earners.

EY told its 17,000 UK staff on Wednesday that partners’ pay will be cut by 20 per cent, and said that it will “do everything possible” to navigate the coronavirus crisis without redundancies, furloughs or reducing employee salaries.

Steve Varley, chairman of EY UK and Ireland, said: “Reducing partner profit distributions is a further prudent move in a time of economic uncertainty and will provide additional flexibility and improve financial strength.”

Deloitte UK chief executive Richard Houston also announced a 20 per cent hit to partner profits for 2020 on Wednesday. He said distributions to partners will be “deferred”, and pay rises, bonuses and promotions will be put on hold. “The measures align with our commitment that the highest earners in our firm – our partners – should shoulder the greater proportion of the financial burden,” said Mr Houston.

The measures by EY and Deloitte follow similar moves by their Big Four rivals PwC and KPMG, which last week announced a reduction in partner pay of 20 and 25 per cent, respectively.

Meanwhile BDO, the fifth-largest accounting firm by revenues, announced it has furloughed all of its first-year trainees, apprentices and some support staff - around 700 employees – and said monthly payments to partners would be cut by up to 25 per cent until the end of the year. It is forecasting a drop in revenues this year of up to 15 per cent.

Paul Eagland, managing partner of BDO, wrote to its 5,500 staff on Wednesday to warn “normal trading conditions will not return until early 2021”. The firm, whose partners earned an average of £602,000 last year, has also offered staff a reduction in their working hours and pay.

Grant Thornton may be forced to furlough staff after just 150 of its 4,500 employees agreed to reduce their hours and pay by up to 40 per cent, according to a person close to the firm. Its partners have agreed to take a pay cut “when we need to”, according to its chief executive David Dunckley.

And Mazars has furloughed 200 of its staff in teams whose workload has declined since the beginning of the pandemic, and said its partners’ pay will be cut by a quarter.

Earlier this month, UK leaders from the six-largest accountancy firms staged a virtual meeting to debate whether it would be appropriate for them to take advantage of a state-backed rescue scheme during the coronavirus that allows employees to be furloughed rather than made redundant, and the UK government pays up to 80 per cent of their wages up to £2,500.

Their hesitancy follows criticism about their work for large UK employers including retailer BHS, construction group Carillion and Thomas Cook travel agency. Auditors failed to warn about the companies’ deteriorating financial health, leaving shareholders and staff out of pocket following their demise.

The global financial crisis in 2008 led to a downturn in the amount of advisory work for professional services firms around the world. Big Four firms were forced to lay off staff, cut partner pay and introduce new ways of working to reduce costs. KPMG asked its staff to switch to a four-day week to help keep redundancies down during the recession. – Copyright The Financial Times Limited 2020