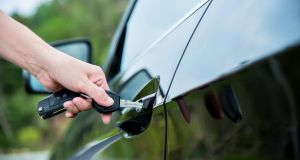 Some 1,576 claims are still outstanding more than three and a half years after Setanta Insurance collapsed. Photograph: iStock

More than 1,500 claims relating to the now defunct Setanta Insurance are still outstanding more than three years after it went out of business.

Mr McGrath, who has tabled a series of parliamentary questions on the issue, says the issue won’t be resolved until February at the earliest. And, even then, not all claims will be addressed, he said .

He noted that claimants can 65 per cent of their claim met returned through the Insurance Compensation Fund (ICF). The liquidation of Setanta is expected to raise enough to meet a further 22 per cent of the costs.

However, that leaves a 13 per cent shortfall, he said, adding that the controversy could rumble on for the next number of months if not years.

“People took out a valid motor insurance policy from a firm that was regulated here for conduct of business purposes and have been left hanging in limbo for the last three years or so. There seems to be no political will on the part of the Government to deal with this,” he said.

Mr McGrath said he had spoken to a number of policyholders who claim they have been told by their own solicitors that they may be personally liable for claims and that their family home could be “in the firing line” if a judgment mortgage is taken against them.

Some of the 1,576 claimants have been asked to sign waivers pleading not to go after policyholders for the balance of outstanding claims, Mr McGrath said.

Setanta Insurance wound up in 2014. At that time, it had around 75,000 customers. The liquidator of the Maltese-registered insurer estimated that the total cost of the claims could run to around €90 million. Actuarial firm Willis Towers Watson subsequently revised that up to €105.9 million.

Earlier this year, the Supreme Court ruled that the State’s ICF should be liable for the compensation. This reversed a previous High Court ruling that the Motor Insurers Bureau of Ireland (Mibi) should pick up the bill.

Mibi, which was originally set up to meet the cost of claims involving uninsured drivers, would have been liable for 100 per cent of the Setanta claims.

However, the ICF caps its payouts at 65 per cent of a claim or €825,000, whichever is the lower. It also only pays out on claims every six months, something Mr McGrath said need to be urgently resolved.

“It is simply unacceptable that over three and a half years after Setanta’s collapse, people are still left in a deeply uncertain and precarious position. I have continually raised this issue. The responses I have received to date have offered little comfort to those caught up in this mess,” he concluded.