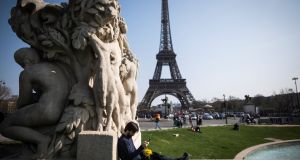 The French financial regulator has said it will not seek changes to “delegation” rules. Photograph: Lionel Bonaventure/AFP/ Getty Images

The French financial regulator has said it will not seek changes to “delegation” rules — a move that could have restricted UK fund managers serving overseas clients after Brexit.

Current rules permit asset management companies to operate in multiple locations, including London, and the City has become a global centre of portfolio management.

It had been feared, however, that UK managers could be cut off from European clients if national regulators sought stricter regulation.

Now the Autorité des Marchés Financiers has said it will not challenge the delegation arrangements.

“We value delegation arrangements. We do not question existing business models that rely on delegation,” Natasha Cazenave, head of the AMF policy and international affairs directorate, told FTfm.

Brussels last year proposed a range of changes to delegation rules, which caused anxiety in London. Legg Mason, the $754bn US investment manager, said the uncertainty was a factor in its decision to open a Dublin office.

Monica Gogna, a partner with law firm Dechert, said the AMF confirmation was “helpful”. She pointed out, however, that it did not deal with proposals on delegation in the forthcoming review of powers granted to the European Securities and Markets Authority. “These proposals still are cause for uncertainty. UK firms will still need further clarification at the EU level,” said Ms Gogna.

The UK will be treated after Brexit as a “third country” by Brussels.

French officials have been lobbying in the European Parliament for changes to the equivalence rules that will provide a framework for the UK’s relationship with the EU after Brexit.

A “non-paper” circulated last month by French officials criticised the equivalence framework. It said it gave third-country companies favourable treatment. France is also pressing for regulatory equivalence to be assessed “continuously and consistently”, a move that would keep the UK in line with EU rules.

Philip Hammond, the UK chancellor, last week criticised proposals to enhance the equivalence rules as a cover for “an ambition to force the location of business into the eurozone”.

In a keynote speech in London last week, Mr Hammond repeated his call for a new bespoke agreement on financial services between the UK and EU.

Ms Cazenave said that media coverage suggesting France wanted to force investment managers to relocate to Paris was “unjustified”. She also questioned whether it would be possible to reach a mutual recognition agreement of the type favoured by Mr Hammond before the Brexit deadline.

“We have to work with what we have, the third-country framework, in the short-time remaining,” she said. –Copyright The Financial Times Limited 2018

1 Opioid executive admits to ‘no morals’ ahead of prison term
2 Are there annual limits on inheritances or gifts to a child?
3 South Dublin Credit Union members urged to borrow more to ensure survival
4 Who are Ireland’s 17 billionaires?
5 My father in a nursing home wants to gift me his house
6 From chips to €14bn in trade: Ireland and Italy’s enduring exchange
7 Cosgrave should give his speech to Web Summit’s partners in Saudi Arabia
8 American YouTubers embrace the crisp sandwich
9 Ryanair wants Irish courts to block Skyscanner from selling its flights
10 NI businesses fear burden of post-Brexit red tape on goods transport
Real news has value SUBSCRIBE