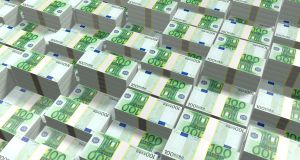 European Union member states will soon decide on a support for the EU bank rescue fund, the chairwoman of the Single Resolution Board said in a newspaper interview released ahead of publication on Monday.

“Regardless of who I talk to, nobody says we should reconsider this plan once again,” Elke Koenig told the Frankfurter Allgemeine Zeitung.

EU leaders want the fund to be well capitalised so it can provide liquidity in the event of a broader banking crisis. Ms Koenig said she expected the backstop, needed to increase the financial stability of the bloc’s Single Resolution Fund (SRF), to amount to €60 billion. The SRF is funded by banks in order to supply finance to wind down a lending institution in crisis.

The backstop, part of the EU’s banking union strategy due to be decided on by the end of June, is a credit line which the SRF is meant to receive in case its own means are insufficient.

Ms Koenig said she expected the SRF to grow to more than €60 billion by 2023 from its current level of €25 billion. Previously, its capacity was forecast at €55 billion. – Reuters