C&AG report reveals true cost of bailing out our banks

Cantillon: Outstanding bill comes to €16.6bn with annual servicing costs of up to €1.4bn 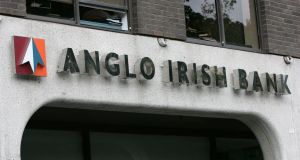 Big offender in terms of stiffing the taxpayer was IBRC at €35.8bn.

The cost of bailing out our domestic banks following the financial crash in late 2008 was laid bare in the latest report from the Comptroller & Auditor General, published on Friday.

When you add it up, the bill outstanding at the end of 2016 stood at €39.9 billion, with an annual cost of servicing debt at €1 billion or more.

Some €66.8 billion was used to recapitalise the banks following the crash with another €14.8 billion in debt servicing costs.

Net off the two and you get a figure of €56.5 billion. The C&AG has estimated the residual value of our remaining investments in AIB (a 71 per cent shareholding), Bank of Ireland (14 per cent) and Permanent TSB (75 per cent) at €13.6 billion.

Add to that the estimated €3 billion surplus from Nama whenever it winds down and the potential future value of our remaining investments comes to €16.6 billion.

Not surprisingly, the big offender in terms of stiffing the taxpayer was Irish Bank Resolution Corporation (Anglo Irish Bank and Irish Nationwide Building Society) at €35.8 billion.

At the end of last year, taxpayers were €7.9 billion in the red on AIB, a position that will have improved by around €600 million given the bank’s successful IPO in June and the 15 per cent rise in its share price since its flotation.

PTSB was €1 billion in the red at the end of last year but its share price has declined by 33 per cent to date.

If your eyes haven’t glazed over by now with all of those figures, the C&AG estimates the annual recurring cost of servicing the bank bailout debt at between €1 billion and €1.4 billion.

“Servicing costs associated with the interventions will continue at some level until Ireland’s debt level falls by around €40 billion,” was the C&AG’s rather gloomy conclusion.