Will Ireland’s long winning streak on tax soon come to an end?

Our tax regime has withstood many attacks, but Brexit and Covid could change the game 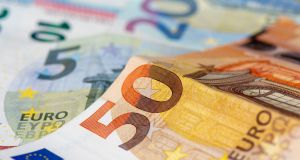 Investment in the Irish economy last year totalled €162 billion, or €3 billion a week. No other country in the world had a bigger per capita investment. Photograph: iStock

Ireland can’t seem to lose on tax. Every few months a gun is pointed at our l2.5 per cent corporation tax rate or we’re blasted as a tax haven, a sop to big business. The Government stares at the ground while we in the media report on the potential threat to investment and the public finances. But nothing ever comes of it. Amid the furore and the bad press, business and investment, principally from the US, keeps rolling in. It’s a winning streak that’s been going on for three decades, one that has transformed the country, dragged us out of the mire of the 2008 financial crisis and is now cushioning the blow from coronavirus.

Investment in the Irish economy last year totalled €162 billion, or €3 billion a week. No other country in the world had a bigger per capita investment.

And even when change, potentially damaging change, comes along – the ending of our so-called “double Irish” scheme in 2014; the European Commission’s €13 billion Apple tax ruling in 2016; Trump’s tax reforms in 2017; new OECD rules in 2018 – we come out on top. These events coincided with the onshoring of billions of euros of assets here, and a corporation tax windfall for the Government. And yet it receives little attention at home and draws only criticism from abroad.

Ireland’s rise to the top of the tax pile started in the late 1980s, when our corporate tax rate was 40 per cent

When Mairead McGuinness was unveiled as Ireland’s new EU commissioner with responsibility for financial stability, financial services and capital markets union (Fisma), the response from certain quarters was decidedly lukewarm.

The head of the Progressive Alliance of Socialists and Democrats in the European Parliament, Spanish MEP Iratxe García Pérez, tweeted: “Ireland is not a fair tax player. Holding both Fisma and Eurogroup is not what the EU needs for a just and social answer to the crisis.”

Ireland’s rise to the top of the tax pile started back in the late 1980s, when Ireland’s corporate tax rate was 40 per cent, prohibitive by today’s standards. However, we had a lower rate of 10 per cent, a waiver from the EU’s state aid rules, for manufacturing.

The EU withdrew this waiver in the 1990s, triggering a rethink on how we should tax business, which resulted in a new flat 12.5 per cent rate across the board.

The policy – announced by former Labour finance minister Ruairí Quinn in 1997 – arrived at probably the most opportune moment in global economic history. Communism had collapsed, Germany had reunified and Europe had established a single, unified market of unparalleled wealth and buying power. Ireland offered direct access at the lowest tax rate. Our English-speaking status was also a major factor.

The other global phenomenon that we managed to tap into was digitalisation, a process that would create behemoth companies with balance sheets the size of countries, which also wanted low tax rates and EU access.

Whether you view this as luck or good planning is immaterial; it led to a massive influx of investment and Ireland’s transformation into an export dynamo. It is responsible for 30 per cent of the EU’s digital exports – with every name from Apple to Google to Facebook using the State as a bridgehead into Europe and beyond.

This was the first in a sequence of seeming reversals – the removal of the EU waiver – that turned back in our favour.

The second came after the financial crisis when European countries led by France and Germany, which held sway in the Troika, then controlling our purse strings, led an attack on Ireland’s low-rate regime. The offshore practices of companies such as Apple also became the subject of Senate hearings in the US and triggered a global clampdown under the auspices of the OECD.

Ireland’s reputation took a battering, but not with business. Insiders say the constant reference to Ireland’s low-tax regime caught the attention of chief financial officers and may have had the effect of enticing more business here.

The next point on the timeline came in 2014 when pressure, again from Europe, was brought to bear on Ireland over what was seen as its trump card in the global tax game, the so-called “double Irish” arrangement, which companies used to shift profits to low or no-tax jurisdictions.

The then minister for finance Michael Noonan announced a phasing out of the scheme, a process that formally ends this year.

Big countries in Europe presumed that when this advantage was removed, normal market preferences would prevail, meaning companies would move their activity to where their sales were. But it was a miscalculation. With tax havens like the Cayman Islands seen as off-limits, companies such as Apple doubled down on Ireland, relocating more assets here.

We saw the initial wave of this in 2015 when our gross domestic product (GDP) jumped by an unprecedented 25 per cent. It’s also reflected in our corporation tax receipts, which have more than doubled to €11 billion in the last six years.

All this is not to say our winning streak is irreversible. The forces that see Ireland as taking an unfair share of the global tax cake are bigger than ever. And there are two new factors tilting the game against Ireland. First the UK, the staunchest defender of a more liberalised tax regime and one of the EU’s big six, is exiting the EU stage and no longer has Ireland’s back at the table. Second, EU states will likely push harder for tax reform to replenish public finances depleted by Covid-19.

Ireland has a target on its back, but when hasn’t it?