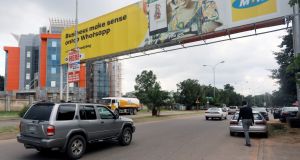 Leaders from the Economic Community of West African States (Ecowas) met in Nigerian capital Abuja on Saturday before making the announcement.

Fifteen West African nations have announced more details about their plan for a new shared currency, the Eco, which they hope to launch in 2020.

The name comes from the Economic Community of West African States (Ecowas), whose leaders met in Nigerian capital Abuja on Saturday, before making the announcement.

The countries that plan to adopt the currency are Benin, Burkina Faso, Cape Verde, Gambia, Ghana, Guinea, Guinea-Bissau, Ivory Coast, Liberia, Mali, Niger, Nigeria, Senegal, Sierra Leone, and Togo. Together they have a population of about 385 million people.

The eight French-speaking Ecowas members have had a single currency, the West African CFA franc, since colonial times. It is currently pegged to the euro.

Niger’s president Mahamadou Issoufou, the newly-elected chairman of Ecowas, said there is “a real firm political will” to step up efforts ahead of the scheduled January 2020 deadline.

The criteria include: central banks in each country debit-financing less than 10 per cent of the previous year’s tax revenues; single-digit inflation of 5 per cent or less; the consolidation of a customs union; at least three months’ import cover from gross external reserves, and the liberalisation and promotion of regional trade.

This latest announcement happened as the African Continental Free Trade Area was coming into effect in some countries.

The African Union says their aim is to create “a single continental market for goods and services, with free movement of business persons and investments,” as well as significantly expanding intra-African trade.

The AfCFTA will remove 90 per cent of tariffs, though some countries have yet to sign on, including Nigeria, Africa’s biggest economy.

Tweeting before the Ecowas meeting on Saturday, Nigerian president and outgoing Ecowas chairman Muhammadu Buhari said: “Trade is important for us as a nation. Economic progress is what makes the world go around.

“As Africa’s largest economy and most populous country, we cannot afford to rush into such agreements without full and proper consultation with all stakeholders.”