War for talent ranks above Brexit as biggest threat for businesses 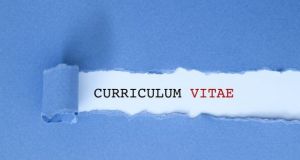 Attracting and retaining staff remains a bigger cause of concern among businesses than Brexit, according to a new survey.

The research, which was carried out by Dublin Chamber among member companies, shows that the battle for talent continues to be the most vexing issue for businesses even as the deadline for the United Kingdom’s exit from the European Union looms.

However, the study shows that concern over Brexit is rising among Irish companies, and is now ranked as the second biggest threat to growth, compared to the fourth last year.

The cost and availability of accommodation in the capital also rank highly as challenges for employers in Dublin as does traffic congestion and increases in tax and insurance costs.

The research also shows that more that more than two-thirds of respondents rated the Government’s performance as either “very good” or “good”.

The renewal of the confidence and supply agreement between Fianna Fáil and the Government is seen largely as a positive with two-thirds of respondents saying they saw it as a good thing.

“Irish businesses are in a relatively good place going in to 2019. However, this survey shows that there are a number of significant challenges that companies will need to overcome over the next 12 months. It’s no surprise that fears over retaining and attracting good staff are top of mind – just as they were this time 12 months ago,” said Dublin Chamber chief executive Mary Rose Burke.

“With the country edging ever closer to full employment, competition for talent continues to heat up. We see this both at a national and international level. We have some of the world’s best staff working in Dublin, but keeping them here – and attracting more like them – has never been tougher,” she added.

A separate survey from the Small Firms’ Association (SFA) shows that 59 per cent of companies surveyed felt that the business environment is improving, down slightly from the 62 per cent reported a year ago.

Two-thirds of survey respondents also said they intend to recruit staff and invest in their business over the coming year.

“The confident mood of a year ago has eased a little on account of Brexit and the tightening labour market. Nevertheless, the Irish economy remains in a strong position and this is confirmed in our members’ feedback that domestic economic growth offers the biggest opportunity in 2019,” said SFA director Sven Spollen-Behrens.