Rise in the number of multinationals delaying payments, but SMEs found to be worse 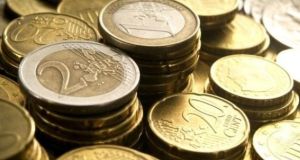 Businesses in Ulster are the slowest to get paid across Ireland, according to a new survey that shows it can take up to 70 days for companies there to receive payment.

The ISME study shows payment time for Irish companies generally has widened from 55 to 59 days on average since last August with businesses working in manufacturing and construction waiting the longest on payment.

Businesses in Connaught typically wait the shortest time for payment at 43 days on average, followed by Dublin and Munster at 53 days each, and then Leinster at 58 days.

The survey reveals that some 69 per cent of ISME member companies said they are experiencing payment delays of two months or more.

Despite the delays, 85 per cent of respondents said they do not charge interest on late payments with 14 per cent of these saying they were afraid to do so in case they lost business.

According to the report, multinationals are getting worse at paying on time, with 36 per cent of them taking longer to make payments than previously.

However, SMEs were found to be the worse overall at paying for goods and services with half of them found to be dragging their heels. State agencies were ranked best for making payments.

Approximately two-thirds of SMEs surveyed said they favour a statutory 30-day payments regime with no opt-outs.

ISME chief executive Neil McDonnell said failure by businesses to pay each other on time has a knock-on effect on productivity, development and growth.

A Prompt Payment Code of Conduct was introduced in March 2015 which seeks to encourage organisations to ensure they make payments as quickly as possible. However, it was subsequently found that only a handful of companies signed up for the voluntary Government-led initiative