Unemployment across OECD countries rose to 55m in April

Unprecedented rise was driven by an increase in US jobless figures 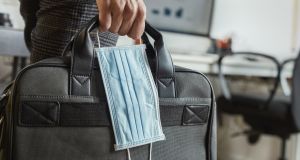 Overall unemployment across the OECD has increased by 2.9% in one month. Photograph: iStock

Unemployment across the Organisation for Economic Co-operation and Development’s (OECD) 37 member countries rose at an unprecedented rate in April, with the number of people unemployed in the month rising to 55 million.

Total unemployment increased by 18.4 million to 55 million in the month, with the US accounting for the main part of the increase with a rise in unemployment of 15.9 million.

The unemployment rate rose faster among women than among men, increasing by 3.3 percentage points to 9.1 per cent, compared to a 2.6 percentage point increase to 7.9 per cent for men.

Early data for May show the unemployment rate continued to increase in Canada but fell in the US.

CSO data for April show the Republic’s unemployment rate jumped to a record 28.2 per cent in the month, with 819,007 people classified as unemployed. However, that total includes those claiming the Government’s temporary pandemic unemployment benefit.