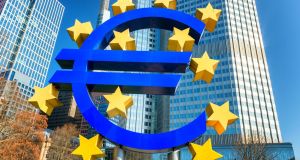 The recent rise in interest rates across the euro zone may weigh on growth, and the European Central Bank needs to avoid any premature increase in borrowing costs, ECB policymaker Pablo Hernandez de Cos said on Wednesday.

Euro zone yields have edged higher since the start of the year, challenging the ECB’s pledge to “maintain favourable conditions”, and several policymakers have already called on the bank to increase bond purchases to counter market pressures.

“The increases in long-term nominal interest rates have not been accompanied by increases of the same magnitude in long-term inflation expectations,” de Cos, Spain’s central bank chief, said in a speech. “This may have a negative impact on economic activity and thus inflation.”

Mr de Cos, though distinctly dovish, is more measured than ECB board member Fabio Panetta, who on Tuesday called on the ECB to increase bond buys and even consider an expansion of the bond purchase quota.

The ECB will next meet on March 11th and while an outright increase in the €1.85 trillion Pandemic Emergency Bond Purchase quota is not likely, the ECB could say it will increase the flow of purchases to cap yields.

While Mr de Cos did not argue for lowering real borrowing costs any further, he said such a development would have benefited the ECB, if the recent rise in inflation expectations was not accompanied by a rise in nominal rates.

“In a setting where inflation expectations are well below our aim, a decrease in real interest rates would have made a greater contribution to the recovery and helped achieve this aim,” he said.

Inflation has stayed below the ECB’s target for nearly a decade and while prices are expected to spike this year, much of this is temporary and inflation will then drop back, staying well short of the target for years to come, the ECB’s projections show.

“The need to maintain very accommodative financing conditions is justified because we are a long way from achieving our inflation aim,” Mr de Cos added. – Reuters