Martin Wolf: We must seize the opportunity for global growth 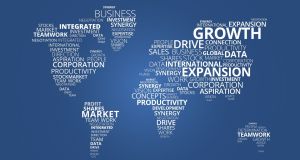 Global factors: The rise of plebiscitary dictatorship in Hungary, Poland, Russia and Turkey does not bode well for their economies.

The world economy is improving. The question is how strong and long-lasting this improvement will be. The recovery could disappoint, last for a time or mark the beginning of a period of rapid and sustained growth. The last seems the least likely outcome. But failure is not predestined.

The International Monetary Fund’s World Economic Outlook lays out the issues. It had expected the economy to improve and it may be doing so. Last year, the world economy grew 3.1 per cent (at purchasing power parity). The IMF now forecasts growth will be 3.5 per cent in 2017 and 3.6 per cent in 2018.

These forecasts are more or less identical to those published last October. As the WEO notes, even global trade is strengthening. Yet this upswing has to be put in context: it comes after many years of downgrades to the forecasts. The future looks far worse than it did just a few years ago, even if growth is at last recovering.

The most important reason for the recovery is that three successive shocks – the financial crisis of 2007-2009, the euro zone crisis of 2009-2013 and the commodity price falls of 2014-2015 – are moving well into the past. Most affected economies are enjoying cyclical recoveries: indeed, all regions and most significant economies are forecast to enjoy some growth.

As these shocks fade, confidence has returned. Financial crises, in particular, have long-lasting effects. But even these do not last for ever. Strongly supportive monetary policies have also helped. We may at last be seeing the end of the post-crisis malaise.

In all, states the WEO, “barring unforeseen developments, continued recovery and gradual closing of output gaps are projected to keep growth modestly above potential in many advanced economies over the next few years”. Among emerging economies, the turnround in commodity exporters has been particularly noteworthy.

What then might determine the length and strength of this upswing?

A happy story would build on the notion of strengthening confidence and rising investment in high-income and emerging economies (with the notable exception of China, where the pace of investment needs to slacken). This would strengthen productivity growth, as newer and more efficient capital replaced the old and outmoded stock of today. With productive investment and potential growth rising, it would also become easier to grow out of debt.

That is a pleasing story. Alas, it is far from the only possibility. We can easily identify significant downside risks.

The first such set of risks is political. The backlash against an open world economy in the high-income countries is real and, in the case of the election of Donald Trump, already significant. Yet rising protectionism and a consequent slowdown in world trade are not the only dangers. An even bigger risk is a breakdown in co-operation and even open conflict among great powers.

The second set of risks is the new US policy agenda. Probably the biggest danger is that overambitious hopes for economic growth are taken to justify excessively expansionary fiscal policies and unduly lax monetary policy. In the short to medium run, that might generate a boom and even secure re-election for Trump, as similar policies did for Richard Nixon in 1972. In the longer term this could be hugely destabilising.

A third set of risks, again closely linked to the agenda of the Republicans, is irresponsible financial deregulation. The short-term effects of taking the brakes off an unstable financial system might also be positive. The longer-term ones might include a more devastating crisis even than the one of a decade ago.

A fourth set of risks concerns the longer-term evolution of the Chinese economy. In the short term, the authorities have the ability to sustain growth in line with targets. But growth remains credit-dependent. In the longer term, they seem to have a choice between ever more debt or far slower growth. How the Chinese manage this remains vital for global economic prospects.

A fifth set of risks arises in the other emerging economies. In particular, the impact of the Trump administration might be highly destabilising, via rising interest rates and a rising US dollar.

A sixth set of risks is in Europe. As the WEO notes, in the euro zone’s lagging economies, persistently poor economic performance might link up with financial sector weaknesses to depress demand – and so, supply – permanently. The large European country most vulnerable to this malaise is Italy. But even France is not immune. Meanwhile, there is a risk that a hard or even chaotic Brexit will end up damaging the UK economy substantially.

Finally, there are political factors, apart from the ascendancy of a right-wing demagogue in the US. The rise of plebiscitary dictatorship in Hungary, Poland, Russia and Turkey does not bode well for their economies. Not dissimilar concerns arise in South Africa. Good policy depends on sensible policymakers. The supply of the latter cannot be taken for granted, especially now.

The biggest question then is whether politics will give the necessary support to economics. There is now a reasonable chance of a cyclical recovery. But turning that into something more durable will mean a delicate balancing act.

Policymakers must support private and public investment, further innovation, maintain open and competitive economies and reduce regulation where it is excessive, while maintaining it where it is essential. Yet policymakers must also ensure that the benefits of growth are far more widely shared than before.

The upswing is an opportunity. If this is not exploited, it could prove just a temporary upward economic blip. But it could (and should) be more than that.– Copyright The Financial Times Limited 2017