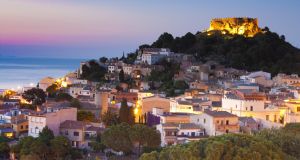 The Brexit vote already appears to have had an effect on Spain’s property market, with sales of homes to British buyers dipping substantially in recent months.

The number of property sales to British clients had been rising rapidly over the past few years, more than doubling between 2012 and 2015, when just under 10,000 homes were sold to UK nationals.

However, in 2016 that phenomenon flattened out, with an annual rise of just 2 per cent, according to a report by Spain’s land registrars’ association. And in the fourth quarter of 2016, British demand fell by a third, from 2,864 properties the previous quarter, to 2,073.

The British are by far the biggest foreign buyers in the Spanish property market, currently accounting for just under a fifth of purchases by non-nationals. They are followed by the French and Germans, while Irish buyers are in 17th place with just over 1 per cent of foreign purchases.

The registrars’ annual report attributed the drop in British demand directly to the UK’s EU membership referendum, which, it said, “has had a downward effect on [sterling] and that, along with the uncertainty generated by the decision, is causing a reduction in the purchase of homes by our biggest buyer”.

According to some estimates, up to 800,000 UK citizens live in Spain.

Glyn Emerton, a British pensioner who lives with his wife in Mijas on the Costa del Sol, said that he has not seen compatriots leaving Spain in noticeable numbers in the wake of the Brexit vote last year. However, he says British homeowners are deeply worried about their future in Spain, particularly with regard to the strength of sterling and their healthcare coverage once the divorce is concluded.

“There’s one word to describe how we feel: concern,” he told The Irish Times.

By contrast, the report showed that the increase in demand for Spanish property seen in recent years has continued among other nationalities since the UK voted to leave the EU.

Spain’s economy enjoyed a decade-long boom starting in the late-1990s, before a property sector collapse led the country into a double-dip recession. In the past three years the economy has been recovering, although house prices are still well below their pre-crash peak of 2007.

A recent Spanish government report warned that Brexit could wipe €2-€4 billion off the country’s GDP and significantly dent its export revenue.