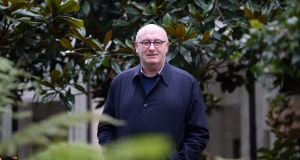 Phil Hogan: there could be a role for the EU in guiding the recovery from Covid-19 and managing resilience across sectors. Photograph: Dara Mac Donaill

Brexit negotiations are in the “real last-chance saloon”, but a trade deal will be agreed between the UK and Brussels, former EU trade commissioner Phil Hogan has said.

Delivering an online address to the MacGill Summer School, this year being organised remotely, Mr Hogan said a deal would come “because it would be economically unthinkable for the United Kingdom to fail to reach an agreement with the European Union”.

He said it would not be “the most ambitious and comprehensive” trade deal but that his belief was that there would be no tariffs and no quotas, and there would be a basis for future discussions.

He predicted there would be concessions to the UK on fisheries, but the leverage enjoyed by London on that issue would be counterbalanced by issues such as data-sharing, financial services and rules of origin, where the EU has “a lot of clout”.

Mr Hogan, who stepped down from his role as EU trade commissioner in August following controversy around his attendance at the Oireachtas golf society dinner in Galway, criticised the UK’s Internal Market Bill, which he said violated the withdrawal agreement.

“If they want to generate trust and goodwill to the process they should withdraw this legislation for the remainder of the negotiations,” he said. “Otherwise their word will not be accepted.”

Mr Hogan said that the Government has “regrettably . . . Been a little slow about improving alternative connectivity” when faced with the potential loss of the UK land bridge.

He also said EU member states are not co-ordinating effectively on travel and aviation in the wake of the Covid-19 pandemic.

He said trade would have an important role to play in the economic recovery of all member states, but especially for exporting economies such as the Republic.

Calling for the lessons of the pandemic to be learned, Mr Hogan said “it has become very clear that member states are not co-ordinating effectively and well when it comes to certain economic activities, for example aviation and travel.

The resumption of travel into the State has been one of the more contentious aspects of the Government’s Covid response, with its policy the subject of strong criticism from Ryanair in particular.

Mr Hogan said there could be a role for the EU in guiding the recovery from Covid-19 and managing ongoing resilience across several sectors.

“Perhaps it’s time to look at how we can do more in the EU to deal with a public health issue, but also returning economies to full health through more co-ordination like in travel and aviation. This is not happening today and the commission and member states have to do more, and have to redouble their efforts,” he said. He added that there should be a “meaningful” all-Ireland strategy for Covid, and that without such a move, “it’s virtually impossible to tackle the pandemic effectively on the island of Ireland.”

The former Fine Gael TD and minister praised the recent “unprecedented” budget, which he said “signals to economic operators and investors we’re going to do whatever it takes”. However, he cautioned that “of course, future generations will have to repay these loans . . . and we have to be mindful of that as well”.