Is love and marriage driving the inequality carriage?

Tendency to marry others with similar incomes contributes to rising inequality 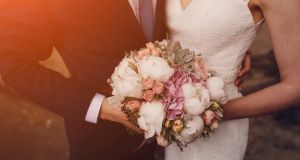 Research finds that there has been an increasing tendency for people to choose life partners with similar levels of education. Photograph: iStock

Concern about income inequality is an important theme in the US presidential election. It was a key driver of the Bernie Sanders campaign.

Though the latest US data show a small reduction in poverty last year, this may be only a temporary reversal. While Wall Street and globalisation are popularly seen as the villains driving inequality, less public attention has been paid to the possible role of the choice of life partner in the inequality story.

Jane Austen’s novels upset convention in showing the triumph of love over matchmaking through the marriages of Elizabeth and Darcy, Jane and Bingley. However unequal the fortunes thus joined, these were still alliances between families of the landed social class.

More subversive is the story of Cinderella and her prince, and other fairy-tale alliances between princes and woodcutters’ daughters. Such matches between richer and poorer partners have the potential to favourably alter the distribution of wealth and income today, as in the past.

A recent article in the American Economic Review (Greenwood, Gruner, Kocharkov and Santos, Marry your like: Assortative mating and income inequality) has looked at the evidence for the US on how the choice of partner has contributed to income inequality. While the primary driver of rising income inequality has been wage disparity, the research finds that there has been an increasing tendency for people to choose life partners with similar levels of education – those with college degrees marry other college graduates, and likewise those who fail to graduate from high school tend to pick a mate in similar circumstances.

And the tendency for like to team up with like has been increasing. By 2005, three-quarters of those in the US with degrees had a partner with a degree.

As highly educated couples are more likely than others to constitute a two-income household, income disparities between those with good education and others become magnified at the household level.

In the US, those with college education not only earn significantly more than those without, but they are also more likely to be employed. In particular, women’s employment rates are much higher for college graduates than for non-graduates.

As women’s participation in the workforce has risen in the US, so too the disparity between the income of better-educated households and other households has increased. The conclusion of the study is that the increase in the share of college-educated individuals who choose partners with a similar background has made a significant contribution to the rise in inequality in the US in recent decades.

Ireland’s experience in this area has been studied by Pete Lunn of the Economic and Social Research Institute and Tony Fahey (UCD). They found that “in the past in Ireland, land mattered more for marriage matching than it does today, and age mattered less”.

Unlike in the US, in Ireland for many years women have been better educated than men, and the gap in attainment has increased in the past 20 years. Lunn and Fahey suggest that, because Irish women today are on average significantly better educated than men, women graduates in Ireland have a smaller pool of college-educated males to choose from. Hence their partners tend to come from a more varied educational background than their US counterparts.

While the Lunn and Fahey study did not explore the implications of life partner selection for the Irish income distribution, it seems likely that, because Irish women choose partners from a wider range of education groupings, there is a lower tendency than in the US for choice of mate to worsen income disparities.

No one would seriously suggest that influencing how people choose their partners should be used as a strategy to combat rising earnings inequality. However, if romantic choices are tending to bring about greater disparities in pre-tax incomes, there will be more work for the tax and welfare systems to level the field. Here, sharp differences in the approaches were articulated in the US by Hillary Clinton and Donald Trump in Monday’s debate.

As we limber up for the forthcoming budget with briefing and counter-briefing of the media, maybe there should be less debate about who can do what for the so-called “squeezed middle”, and more about what spending, tax and welfare choices will make Ireland a fairer and more equal society.

Join the illumi-natty: A flashing face mask will keep you safe and stylish 10:28
China orders Jack Ma’s Ant to revamp business 10:24
Covid-19 has changed the office for good 10:19
European shares pause near record high with eyes on US inflation data 08:18
Just Eat Takeaway says Q1 orders up 79% to 200m 07:49