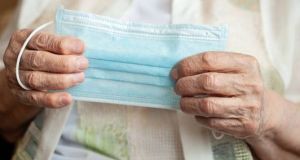 The Republic’s rapidly ageing population is likely to cost the exchequer an additional €850 million a year from 2021 onwards, the Irish Fiscal Advisory Council (Ifac) has warned.

In its latest budgetary analysis the council said that while Covid-19, Brexit and possible changes to global tax presented immediate challenges for policy-makers, long-standing issues related to an ageing population, climate change and over-reliance on corporation tax also needed to be addressed.

That puts the standstill costs of providing for an ageing population at €854 million annually.

And while the projections are only out to 2025, these types of age-related costs will continue at the same level or higher after 2025, Ifac’s chief economist Eddie Casey warned.

“This rapid ageing of the population has major implications for the public finances,” the spending watchdog says in its report. “Government spending on State pensions, public service pensions, health, and long-term care will increase in real terms as the population ages.”

The council noted that the Government’s decision to defer the pension age increase to 67 next January also raised the costs associated with ageing.

It warned that without policy changes spending growth would outstrip the rise in revenues, leading to large budget deficits after 2025.

Under current policies combined spending on pensions and healthcare is projected to increase from 13.3 per cent of national income as measured by gross national income (GNI) in 2019 to almost 25 per cent in 2050, particularly after 2030.

“The projections assume that service levels remain constant and that social payments (such as pensions) rise in line with wages,” it says.

Ageing will also lead to a diminishing labour force, which has implications for productivity as a whole.

In its report the council also addresses the costs of transitioning to a low-carbon economy by 2050, the Government’s stated aim, noting that this will pose risks to fiscal sustainability.

“Sources of revenue (including excise, vehicle registration tax, motor tax and carbon tax) are likely to be affected as behaviour changes in response to climate-change mitigation policies,” it says.

“The process of adapting the economy to lower carbon emissions may have positive effects on employment and investment, though it may also carry costs for both growth and the public finances as firms transition to new technologies.”

In its latest report the council also highlights the State’s increasing reliance on corporation tax, which now accounts for one in every €5 collected.

It notes that excess receipts – those that are not explained by the performance of the domestic economy – are estimated to have risen to €5.5 billion, equivalent to half of the total €10.9 billion of corporation tax receipts collected in 2019.

The Republic’s corporation tax base is highly concentrated, with about 43 per cent of receipts coming from just 10 big corporates.