Half of Irish SMEs cancel investment plans over Brexit 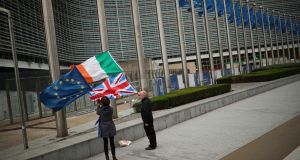 Nearly half of SMEs in the Republic have cancelled or postponed investment plans because of Brexit, according to a survey by AIB.

The bank’s Brexit sentiment index found that half of SMEs in the Republic and over two-thirds in Northern Ireland that had planned to expand or invest in their business have either cancelled or postponed planned investment due to Brexit.

The research also shows that 14 per cent of SMEs in the Republic are postponing bank borrowing for capital investment while in the North there is reduced working capital demand (35 per cent) due to Brexit.

Catherine Moroney, head of business banking at AIB, said: “Of the businesses who had planned to invest we are seeing half of these cancelling or postponing their investment plans due to Brexit and this is translating into businesses also postponing bank borrowing for capital investment.”