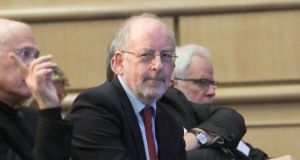 The Central Bank was lobbied by Government, banks and real estate agents not to impose an 80 per cent loan-to-value (LTV) cap on mortgage lending, it has emerged.

The new restriction, announced yesterday as part of a package of measures aimed avoiding another property bubble, is expected to have the biggest impact on the market here.

The Central Bank received 157 submissions from public and private groups and individuals as part of a consultation process held late last year.

They reveal it was pressed to scale back the proposed 80 per cent loan-to-value limit by the Department of Finance, the State’s retail banks and several high-profile elements of the property and construction industry.

Nearly all the submissions from the banks were “unanimous” in their opposition to the measure on the grounds it was “too restrictive,” the Central Bank said.

Several submissions from the property and construction industry also criticised the timing of the new measures, claiming the property market was “not normal” with low levels of mortgage transactions and a high proportion of cash purchases.

These groups also complained the current rise in property prices was not being fuelled by credit, and therefore it was inappropriate to introduce such lending restrictions at this time.

Central Bank governor Patrick Honohan, however, insisted the measures were not an attempt to “micro-manage” lending into the property market, noting that banks still had to make their own credit worthiness assessments.

Instead, he described them as “an overlay to prevent the emergence of a bubble or some kind of instability of risk in the market as a whole”.

Prof Honohan said the new rules also allowed for 15 per cent of the loans on banks’ books to breach the new limits, offering flexibility to lenders to deal with “hard cases”.

The mortgage rules represent the first serious attempt by the financial authorities here to avoid another property bubble, with double-digit property price growth now occurring, not just in Dublin, but across the State.

The rules will, however, allow first-time buyers an exemption from the new 80 per cent cap up to a value of €220,000. Above that the 80 per cent limit will apply.

Non first-time home buyers will generally be restricted to borrowing 80 per cent of the property’s value and an even stricter 70 per cent limit will apply for banks lending to investors purchasing buy-to-let properties.

1 Aldi to impose limits as Christmas toys go on sale
2 Fair deal? Family at odds with hospital and each other not so sure
3 Ryanair lags rivals as Covid-19 vaccine hopes buoy markets
4 Monsoon landlords win challenge over creditors arrangement that cut rents
5 Ireland ‘needlessly importing timber’, as industry blames Government
6 Ryanair and Eir the worst for customer service during Covid crisis
7 First look: Is the iPhone 12 Pro the best smartphone out there?
8 Bank of America names new head of EU hub as Brexit looms
9 ‘I hate haggling because I hate when people do it to me’
10 PlanNet21 eyes further acquisitions after buying rival eCom
Real news has value SUBSCRIBE